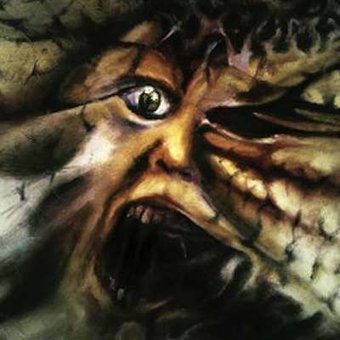 Mutangent are a four piece metal band who have made their home in Auckland New Zealand, however, they are originally from Whakatane and Port Waikato.

Three of the members: Cole Dunlop (Guitar/Vocals), Wilhelm Amstad (Bass/Vocals) and Joe Brownless (Drums) met while studying music at the Music and Audio Institute of New Zealand (MAINZ). Deathness (Guitar), the fourth member, is a more recent recruit who has completed the Mutangent sound and set in motion the eleven month recording phase which has resulted in the release of their debut album ‘Final Fester’.

Over four years in the making ‘Final Fester’ is the culmination of years of festering practices in the icy cold depths of a rotting pig shed at Wilhelm’s family farm in Port Waikato, hence the name ‘Final Fester’, and hours of painstaking recording in the garage of the bands old flat in Takanini.

Richie Allan, who came to record ‘Final Fester’ through family ties, also recorded, produced and mixed Kora’s self titled debut album. Richie’s pedantic production style leaves no stone unturned and the result is a studio quality sound which is nothing short of perfection. By encompassing a broad range of styles, charging rhythms, soulful guitar solos and gut wrenching screams, Mutangent has conceived a distinct progressive sound which is sure to set a new paradigm for New Zealand metal.

Also, while recording the track ‘Rocket Pig’, which was aptly named after a most beloved pig from the old practice shed who was the source of much inspiration, Mutangent collaborated with accomplished Kiwi musician Laughton Kora to produce a song that is a tasty cocktail of genres which is sure to stir up the New Zealand music scene.

The release of ‘Final Fester’ has been a great success, receiving play time on renowned New Zealand radio stations The Rock and Kiwi FM. It is available in all good music stores across the country, so please, support New Zealand metal and go and buy a copy today.

In the fast pace and ever changing music industry it is ‘survival of the fittest’ and those who have the ability to adapt will succeed. In view of this fact, and in true Mutangent style, they are already in the process of writing their much anticipated second album. They have also recruited an additional member, Aaron Smith (Vocalist), who is sure to add another well received dimension to their sound. This accord’s with Mutangents ambition unerringly; to continue to evolve and challenge

Mutangent's debut album Final Fester is now being released and is the result of over four years work and eleven months recording.