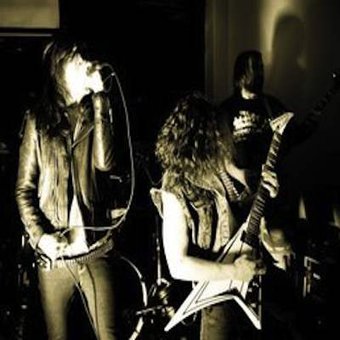 The initial idea for Razorwyre was conceived by Chris Calavrias and James Murray in 2008, whom both had a strong desire to write and perform heavy metal music in the true style of the 1980's.

Though ideas were discussed, and initial material was written, it wasn't until later that the project came to fruition. Through partying at the notorious Lorne Street practice space, the two guitarists met like-minded individuals who shared the passion for traditional forms of metal music. Drummer Nick was recruited first, followed by bassist Simon, and then the line up was completed with the addition of vocalist Z Chylde.

Razorwyre began playing in early 2009 under the banner 'Gaywyre' and promptly set about spreading beer fuelled mayhem and true, traditional heavy metal throughout their hometown Wellington. Gathering a reputation for an aggressive, thrashing blend of '80s inspired heavy metal, and an energetic, raucous live show, the band soon began to assemble a loyal following.

With things progressing and the band's reputation growing, coupled with the development of a harder-edged sound, The 'Wyre decided a new name was needed in order to reflect the changing nature of their speed metal assault. A joint decision was made to rebrand the project Razorwyre in April, 2010, which captured the violent, thrashing tone of the music. 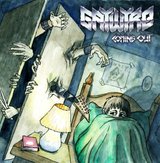