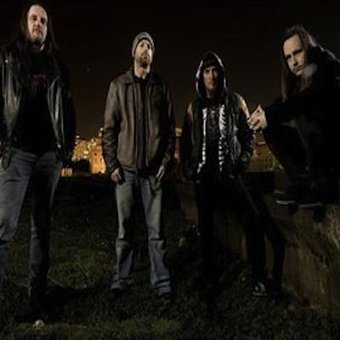 Formed during the mid 1990's, Subtract have gone on to become one of the premier acts in New Zealand metal and true forefathers of the local heavy scene.

Combining elements of metal old and new, with a penchant for punishing grooves and pummelling rhythms with charismatically aggressive vocals and passionate, meaningful lyricism, Subtract are an act that have gone from strength to strength throughout their years; never relinquishing an iota of the intensity and sheer heaviness that have become their sonic trademarks.

Subtract's debut release, 1998's 'Quench' EP, was a landmark offering in heavy New Zealand music; soaring into a number of key charts including the New Zealand singles charts, the Real Groovy top-sellers and the bFM weekly top 10. The EP also yielded a video clip for the song 'Same Mistake' which enjoyed extensive airplay during the latter part of the last century. During the turn of the millenium, the band released their sophomore effort 'Bloodshot', which further pushed the bands groove-laden soundscape to new extremes while refining their signature heaviness. During this period, the band opened for such legendary acts as Slayer, Ozzy Osbourne, Fear Factory and Helmet.

Mid 2004 saw the long-awaited release of Subtract's first full-length album 'Formula One', which featured re-recorded versions of a number of their EP songs, and a staple of other slabs of pure visceral impact including 'Mark of the Lion', a firm live favourite among the band's hellbent fanbase.

With a line-up change that saw long-time guitarist Harvey Jackson replaced by Evan Short (ex-Concord Dawn, Day One), Subtract have become more focused, more clinical and more downright dirty and heavy than ever before, and have continued to open for such seminal acts in the genre as Lamb of God, Children of Bodom and Opeth, as well as touring extensively throughout New Zealand.

Their new release, 'Winning Hearts and Minds' will represent the bands strongest and most aspirational material to date, and is set for release on New Years Day 2009, along with a nationwide tour to promote the new offering, and a planned tour of Australia during the same year.

As intense and straight up heavy a prospect as one will witness in any metal band, Subtract soldier on into 2009 and beyond as both a true leader in New Zealand heavy metal and an uncompromising carbon footprint on your face. 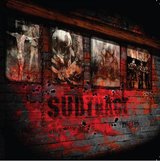 As intense and straight up heavy a prospect as one will witness in any metal band, Subtract soldier on into 2009 with Winning Hearts and Minds, their long-awaited new release ...