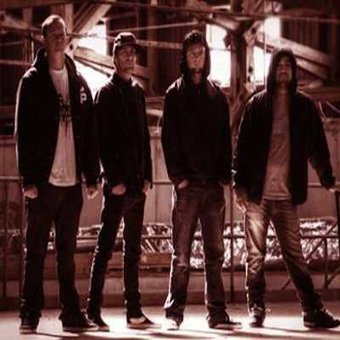 Something that started as a bedroom project, quickly grew into something monstrous.

The band released their debut album 'Fight Music' on Deadboy Records in 2007 which was mixed and mastered by acclaimed Swedish producers Eskil Lovstrom and Pelle Henricsson (responsible also for such timeless records as 'The Shape of Punk to Come' by Refused and Posion The Well's 'You Come Before You').

In their short time together the band have shared the stage with the 'who's who' of New Zealand rock and metal including the likes of Antagonist AD, Saving Grace, Blindspott and The Bleeders as well as international hardcore monsters Hatebreed, Bleeding Through and Parkway Drive.

Having taken some well earned downtime and turning their focus to family life (Kaya and Nate have both recently stepped into fatherhood) Take The Willing have had time to regroup, refocus and prepare for the next onslaught on the nations senses, expect big news and new tour dates soon.