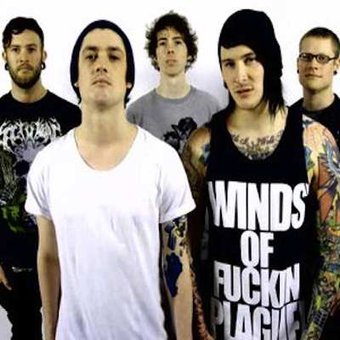 The Dauntless formed in 2008 in Wellington.

Their explosive live show and brutal music created fast hype within the first weeks of their inception and the band were quickly snapped up by promoters to play alongside many top nationwide and internationl hardcore and metal acts, including Antagonist AD, 8 Foot Sativa, Parkway Drive, The Acacia Strain, Misery Signals, Comeback Kid and many more.

With many successful performances under their belt and a fast growing reputation of one of the most exciting new live metal acts, The Dauntless entered the studio in late 2009 to record their debut offering entitled 'Seas of Red' mixed and mastered by The Red Shore's Roman Koester.

The Dauntless have a great future ahead of them and will be touring extensively throughout the summer in support of
'Seas of Red' out early 2010 on Deadboy Records.