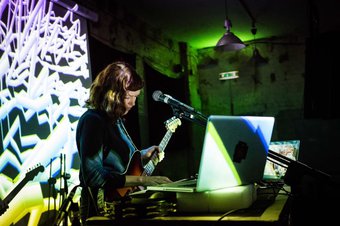 Bachelorette is the solo recording and live performing project of annabel alpers.

Annabel is from New Zealand but currently based on the east coast of the USA. She cut her teeth in cult bands such as Christchurch's psychedelic surf outfit Hawaii Five-O, Space Dust and the Hiss Explosion, then went on to complete post-graduate studies in computer-based composition at the Universities of Canterbury and Auckland in New Zealand. After her studies, Annabel returned to what she loved best -making psychedelic pop music - and Bachelorette appeared on the scene in 2005.

Bachelorette released her debut 7-track EP "The End of Things" in August, 2005 on Auckland's Arch Hill Recordings and played her first live solo shows on its release. The EP itself was a largely solo affair with an intimate, minimalist, sheepishly hand-made sound, involving guest contributions from Auckland-based drummer Andrea Holmes (Fang, Sleeper's Union) and Christchurch-based guitarist Mick El Borado (Space Dust). Bachelorette's first live shows had Alpers playing keyboard and guitar and singing along to tracks on a large desktop PC, with a video camera recording the waveforms live and playing them on a TV screen on stage.

In early 2006 Annabel hid herself away in a small hut by the sea, in Canterbury New Zealand, and recorded Isolation Loops - Bachelorette's first full album - which was released in New Zealand in late 2006 and in Australia, on Mistletone Records, in mid 2007. The listening experience of Isolation Loops has been described as a kind of lonely ‘island universe', exploring themes of isolation, longing and space, using both electronic and acoustic instruments in a home-made setting. Isolation Loops was praised by critics for its originality and for the richness of its melodies, harmonies and textures.

Bachelorette regularly toured NZ and Australia following the release of Isolation Loops and in early 2008, Annabel sold her well-loved 1964 Falcon station-wagon in order to fund Bachelorette's first live tour of the USA . Her live set incorporated a ‘band' of 3 old CRT monitors, which were borrowed from acquaintances or picked up from recycling stations and thrift stores in each town. On stage, the CRT ‘band' simultaneously displayed waveform patterns and other synchronised visuals corresponding to separate recorded instruments, as Annabel sang and played along with them.

Two members of the audience at Bachelorette's 2008 Chicago show were from the legendary indie label Drag City Records. This started a relationship between Bachelorette and Drag City, which resulted in the label releasing Bachelorette's next album in the USA and Europe.

Perhaps as a reaction to the intense solitude of Isolation Loops, Alpers involved more guest musicians on My Electric Family, making a more ‘musically socialised' sounding album than before. In 2008, Annabel camped out at yet another New Zealand beach house, this time at Otaki Beach, to write and record My Electric Family. To escape the solitude, she made trips into Wellington on weekends to record with friends Dino Karlis and Craig Terris (drums), Tom Watson (guitar) and Andrew Bain (bass). My Electric Family was released in May 2009 by Drag City Records in the USA and Europe, Mistletone Records in Australia, and by Particle Tracks in NZ.

Bachelorette toured as a band for the album's release in NZ and the US in May/June 2009, with Annabel on synth and vocals, Evelyn Morris (Pikelet) on keyboard, guitar and backing vocals and Craig Terris on drums. Annabel returned to playing solo to support Animal Collective on their December 2009 NZ and Australian tour, and Beach House on their March/April 2010 US tour. 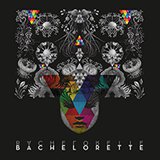