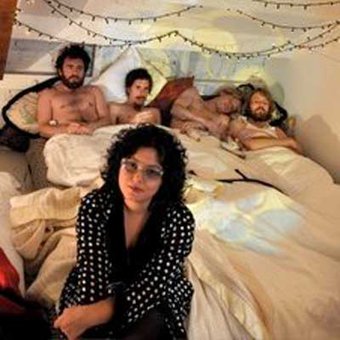 In a time where every rock star and their dog are joining forces – forming mildly celebrated, yet seemingly boring and predictable super-groups – comes the unique sound of BARB.

With an Antipodeans darling line-up of Liam Finn, Lawrence Arabia, Connan Mockasin, Eliza-Jane and Seamus Ebbs,
BARB aren't just counting on their individual indie laurels to get noticed in this dog-eat-dog existence.

It was a mutual respect, awe and enjoyment of each other's company that fuelled this project. With Liam Finn
and live cohort Eliza-Jane's constant touring, Lawrence Arabia's busy schedule after the critical success
of Chant Darling, Connan Mockasin's ever morphing musical exoskeleton – which, at last count had taken him back and forth from NZ to the UK 16 times in the last year alone – and the enigma that is Seamus Ebbs, BARB's drummer who hadn't been seen by anyone for three years – it's no wonder that wrangling
these 5 intriguing individuals together was the trickiest part of making this record.

Seeding the first thoughts of BARB while all living in London, it took three years of fantasising, cross-pollinating and some humorous e-mail chains before these 5 friends found themselves back in NZ at Roundhead Studios, on the grim slopes of Newton, Auckland.

"It seemed only natural" muses Liam.
"We have been involved in each others music for so long...getting up to play at each others shows...touring
together when possible, we knew starting a band together would be fun...but we had no idea what it would
sound like."

With all five members off again on their individual pursuits, one ponders how they can possibly nurture this
ethereal musical baby, but the Universe works in wondrous ways, and like the making of their debut record, the life of BARB will be fated yet spontaneous. 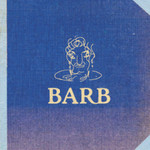 Psychedelic songs about lesbian lovers, boat trips up the Nile, and even a four year old's obsession with teen heart-throb Leonardo DiCaprio leave you imagining what BARB really got up ...