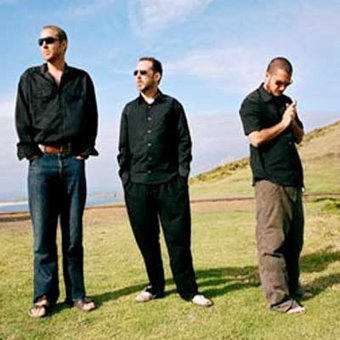 Drawing from influences as diverse as Marvin Gaye and Crosby Stills Nash & Young to Sebadoh and Tortoise, Anglo-New Zealand trio Breaks Co-Op released The Sound Inside in 2006.

The Sound Inside is an album of languid, hypnotic beauty, Breaks Co-Op combining live instrumentation and vocals with lovingly sourced samples to create a sound all of their own. From the acoustic soul of The Otherside to the earthy electronica of Duet, from the darker, DJ Shadow-esque beats of Question Of Freedom to the glacial jazz of Too Easily, The Sound Inside blends styles so effortlessly, with such panache, that Breaks Co-Ops deep love of music seeps through every single note. Breaks Co-Op are two New Zealanders, Zane Lowe and Hamish Clark, and an Englishman, Andy Lovegrove. Zane and Hamish formed Breaks Co-Op in Auckland, releasing the electronic album Roofers in 1997 before they both left New Zealand to travel and pursue other interests. They both ended up in the UK where Zane has become a hugely successful Radio DJ and TV Presenter. After several years hiatus, Zane and Hamish eventually started working on new material in 2004, recruiting Andy Lovegrove from artist/producers The Away Team after hearing a demo of him sing and deciding his was the voice born to sing their music. Released last year in New Zealand, The Sound Inside has been a double-platinum selling hit, with lead single The Otherside the No.1 airplay hit of 2005 and winner of Song Of The Year at the NZ Music Awards. The Co-op has also been touring for much of the last six months and has relocated to the UK where their album has been released by Parlophone. The Live band has been going from strength to strength and gathering fans wherever it goes. The live lineup is Andy Lovegove on lead vocals and guitar, Rodney Fisher on vocals, lead guitar, mandolin and percussion, Rio Hemopo on bass and vocals, Tom Atkinson on drums and Hamish Clark on turntables, samples and vocals. The album has also just been released in Germany on EMI Germany and will shortly be released in the United States on Astralwerks! Work will begin soon on a new album and a vocally expanded mix of Duet will be coming out soon! 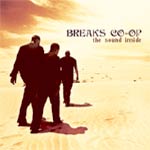 Eight years after Zane Lowe and Hamish Clark released the NZ electronic classic album Roofers comes another revelation. This time, their creative output is not beats, loops and samples but ...