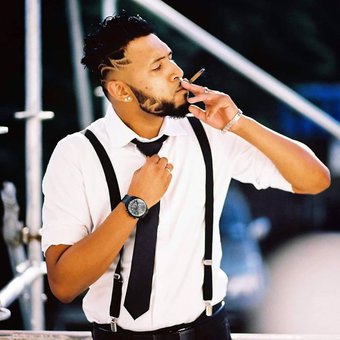 He Started writing poems from a very young age, which eventually grew into song lyrics, Auckland based Artist D.Maleek, Originally from East Palo Alto, California. (Part of what is called The Bay Area) moved to NZ in 2011. Although written many songs, He started taking his music a bit more seriously after he felt his vocals were developed enough, and his father and wife being big supporters, motivated him to take his music further.

First Solo Single he dropped in 2019 was a song called My Girl which he wrote, recorded, and mixed himself in his home studio.  This was a reggae song with a Old school Hook sample he sang on the track from No Diggetty by Blackstreet. The video drop was got him noticed by Ty from Smashproof.

Now working Closely with Ty on an E.P, he dropped a new single he Co -Wrote called Broken Dreams, in April 2020 which features a Punjabi Rapper RD, bringing a bit more of Desi Hip hop to New Zealand given the size of the Indian community.  The video is currently under way.

Currently collaborating on a track with NZ Music Legend, Taye Williams, and one in the pipeline with Ty from Smashproof himself.

With a main focus is Hip Hop & RnB, reggae music is also something he enjoys quite dearly, with aspiring goals to work with Fiji one day and NZ's own Donnell Lewis.

You’ll notice in his music, he has a lot of adlibbing and ending vocals.

With Influences like Akon, Bob Marley, bay area rappers like E-40, Mac Dre. You can hear those different styles incorporated in his songs. Also given his Indian background, he adapted to the Bollywood style as well.