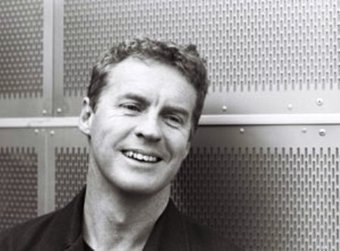 Don McGlashan is recognised as one of New Zealand’s foremost songwriters, artists and performers with five entries in APRA New Zealand’s Top 100 Songs Of All Time.

He has opened, solo, for Crowded House on their recent US and Canada tour, and was a guest musician with in the band and is part of the Neil Finn project 7 World Collide.

The Mutton Birds album "Envy Of Angels" made the UK Sunday Times top ten list when it was released in 1997.

His first band, Blam Blam Blam, had a string of top 20 singles in the early eighties and a No. 4 album. Don's song "Don't Fight it, Marsha, It's Bigger Than Both Of Us" won Song of the Year in the 1982 NZ Recording Industry Awards.

After a year in New York as a drummer with avant-garde dance company Laura Dean Dancers and Musicians, he returned to New Zealand and founded the music/theatre duo "The Front Lawn" with Harry Sinclair. The Front Lawn toured Australasia, Europe and America from 1985-90, picking up many awards and rave reviews, including being called "a superb duo" by New York Times music critic Jon Pareles.

During the four years that The Mutton Birds lived in London, McGlashan's songs traveled well, even ending up in novels by best-selling Scottish writers Ian Rankin and Christopher Brookmyre. After the release of the band's fourth album "Rain, Steam & Speed", he was hailed by The Sunday Times as "one of Britain's most intelligent, poetic songwriters". 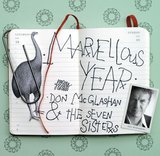 Marvellous Year is the first full release under the name Don McGlashan and the Seven Sisters; reflecting a more "band" effort than his first solo album Warm Hand.