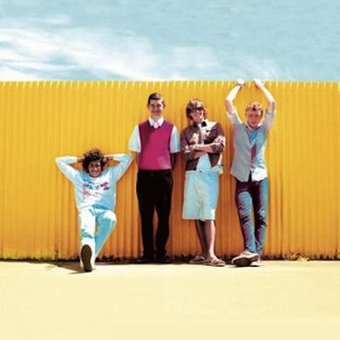 Quirky and original, The Electric Confectionaires are a four-piece from Auckland's North Shore whose music has the feelgood factor – with an edge - of 60s and 70s influences like the Beatles, Doors, Kinks and Funk Brothers.

When the final Confectionaire finished school at the end of 2006, the Smokefree Rockquest winners (2005) were free to head into the studio to record their debut album, due for release this Novermber on their new label SonyBMG.

Frontman Sheehan is a musical sponge who's spent years soaking up Radiohead, the Smashing Pumpkins, Led Zeppelin and guitar heroes ranging from Stevie Ray Vaughan and Jimi Hendrix to jazz innovator Pat Metheny. He composes and records his guitar-based songs track by track onto a Mac that jostles for space with a drum kit, keyboard, guitars, amps and instant noodle cartons in a tiny storeroom next to his bedroom.

At Haddon Smith's house, an old-fashioned villa with a piano in the front room, you're likely to hear Bartok, Frank Zappa, Miles Davis and Haddon's sister's bassoon practice. A driving force on-stage, he plays guitar, keys, trumpet, harmonica and percussion.

Rob Fenton, an ex-Wellingtonian, multi-tasks on drums and vocals. The last to leave school, Rob was Head Boy at Takapuna Grammar. He recently bought a '73 Ludwig kit to add to the retro gear favoured by the band, including a venerable Juno keyboard, 1970s cherry red guitar, and a Wurlitzer piano.

Hamish Bode, bass and vocals, was brought up listening to his musician Dad playing jazz, folk and rock. Influenced by the likes of Bob Dylan, Jimi Hendrix, Paul McCartney, he says The Electric Confectionaires is the perfect synergy of his musical tastes.

All four sing close harmony vocals, honed by barbershop quartet and choir singing at their school. All four have jazz leanings, and three form part of a jazz-band, which explains the interesting complexities they build into their songs.

With musicianship that belies their youth (band members are 19 & 20 years old) producer Murray Grindley had no hesitation in taking the helm and guiding them through their first album recording. "At the outset it was the sophistication of Jaisi Sheehan's songwriting that floored me".

Last year brought opportunities for The Electric Confectionaires to perform at Big Day Out ('the ones to watch' said Time Out) and Rhythm and Vines Festival. They supported The Fray, wrote the theme music for the Rockquest TV show, and performed at Fashion Week for Red Bull and Huffer. Theirs was the perfect sound for the opening of a 60's photographic exhibition at Auckland Art Gallery. In June they toured the country with Evermore and Thristy Merc.

They are fun-loving, serious young musicians who plan to make music their career. 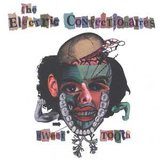