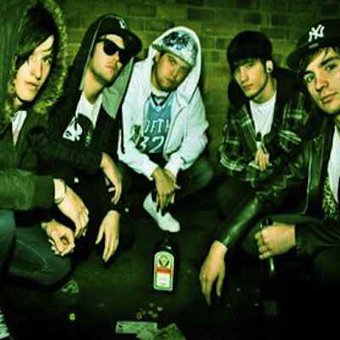 Since the formation of False Start in 2005 they have become one of the most controversial, yet hard working bands in New Zealand.

After a string of independent releases the band signed to Deadboy Records in 2006.

False Start released their MCD "Adore Tu Ser' in 2007 which sold extremely well and opened up many opportunities for the band.

In 2008 False Start released their debut full length "Through the looking glass" in both New Zealand and Australia.
The release of this album came with great controversy after drummer Kev Roberts left the band, however False Start pushed on and 2008 was their greatest year yet winning a Juice TV music video award for Best Rock Video for the single "Four Letter Lie".

False Start spent 2008 touring across Australasia and playing festivals such as Big Day Out and Killerfest.

Since their inception False Start have shared the stage with such amazing bands as Escape the Fate, Good Charlotte, Fall Out Boy, Funeral for a Friend, Bleeding Through, Anberlin, Bjork and Enter Shakiri to name a few.

2009 marked a new begining for False Start.
With the departure of guitarist David Wong, the band have regrouped and with a new sound are ready to take on the world yet again. With the release of countless singles and videos from "Through the looking Glass" on the radio and music TV shows False Start are stronger than ever.

Putting the past behind them and looking to the future, forget what you thought you knew about this band and check them out on tour in your town and be sure to pick up a copy of their album in a store near you.

Through The Looking Glass