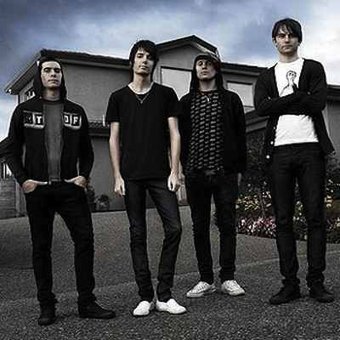 Goodnight Nurse flew in to the New Zealand music industry like a bat out of hell - blind and screaming.

Their debut album ALWAYS AND NEVER was released Jan 23 2006 through Warner Music, debuting at #5 on the NZ album charts and going gold in the process. Produced, engineered and mixed by CaptainHook (48May), ALWAYS AND NEVER includes previous hit singles 'Loner', 'Taking Over', 'Going Away' and 'Our Song', as well as the latest single 'My Only' which is currently on high rotation on radio and TV nationwide.

For a band that began in 2002 with no prior musical experience and no clue, the achievements of Goodnight Nurse have been many:
- They now have a Top 5 album (ALWAYS AND NEVER reaching #5 and going gold in it's first week).
- They've had two Top 20 singles (the 'Our Song' single reaching #15 and the Taking Over/Loner Double A-side reaching #19).
- They've toured the country on several occasions, including the history-making Boost Mobile NZ Schools Tour '04 which saw them play to over 50,000 people (at 120 shows in 5 months one of the biggest tours a band has ever done of New Zealand).
- They've played at some of New Zealand's biggest events and festivals, including Edgefest, X*Air, Crusty Demons, Orientation and the Beach Day Out.
- They've won Best Breakthrough Video at the Juice TV Awards in 2004 for their debut single 'Loner'. 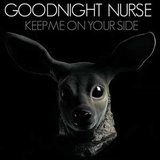 Keep Me On Your Side