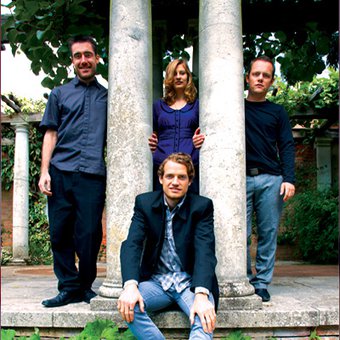 Led by New Zealanders Cy Winstanley and Vanessa McGowan, Her Make Believe Band is a London born band described as a "masterful blend of Americana fused with jazz, soul and pop".

Her Make Believe Band released their debut album, AM Radio (Old Oak Music) in 2009, to critical acclaim both in NZ and in the UK, including Uncut Magazine UK who described songwriter/vocalist/guitarist Cy Winstanley as "a potent songwriter with a voice gently reminiscent of Paul Simon" while vocalist/bassist Vanessa McGowan "adds beguiling harmonies". Graham Reid, New Zealand's foremost music journalist, described AM Radio as a "delightful album...hooks you in with melodies and keeps you there by virtue of the words...very sharp stuff". The album was an exploration of the alt-country and pop possibilities of Cy's songs and has become a timepiece of Cy and Vanessa's work with London based keyboardist and multi-instrumentalist Sebastian Weiss and drummer Tom Greenhalgh.

Cy Winstanley cut his musical teeth in New Zealand singing, playing guitar and harmonica and, after a passing teenage obsession with guitar rock, discovered bluegrass, jazz and blues, eventually meeting fellow New Zealander, bassist Vanessa McGowan in a local jazz big band. Following the urge to discover his Liverpudlian roots Cy moved to London in 2004 and spent 7 years there busking, writing and playing around the country including performances in London at The Forum supporting the Violent Femmes, Royal Festival Hall, The Borderline, Cornbury Festival and Toast Festival.

In 2005 Vanessa left New Zealand to do a Masters of Music in Jazz Bass on scholarship at the University of Nevada Las Vegas. While in Las Vegas she performed with some of America's most revered jazz musicians including Chris Potter, Joe La Barbera, Marlena Shaw and Ruth Brown, as well as touring Costa Rica and performing in New York City at the International Association For Jazz Education Conference and Dizzy's Club at The Lincoln Centre.

Upon their reunion in 2007 Cy convinced Vanessa she could sing, showed her how to play a country 2-feel and Her Make Believe Band was born.

Performing as a duo, Cy and Vanessa present Cy's songs in their rawest form, with just acoustic guitar, double bass and two voices. With voices described as "love letters between Amy Mann and a slip-sliding Paul Simon" they evoke the work of Gillian Welch and David Rawlings in their musical connection and full sound belying the duo's size.

In April 2010 Her Make Believe Band toured New Zealand for the first time, introducing their home audience to the duo's unique blend of country/folk/pop. Since April, Cy and Vanessa have performed shows in London, Cy has spent a period living and working in Malaysia as a guest jazz vocalist and guitarist at a well established jazz club, and Vanessa has been writing and arranging for her first solo album - due to be recorded early in 2011.

"In Cy Winstanley they have a potent songwriter with a voice gently reminiscent of Paul Simon, while fellow Kiwi Vanessa McGowan adds beguiling harmonies" Uncut Magazine

"...a masterful blend of Americana fused with Jazz, Soul and Pop... A truly worthwhile addition to anyone's music collection" (4.5 out of 5) www.themusiccritic.co.uk

"Beautiful melodies with a fragility that is a joy to behold... a little gem of a release." Crack Magazine UK

"Their songs are as pretty and romantic as the Southern Cross itself. Sweetened by Cy's mellifluous delivery and double bass player Vanessa McGowan's gorgeous harmonies, they sound like love letters between Amy Mann and a slip-sliding Paul Simon." http://thecryptsessions.com 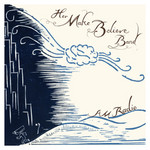 The new album from Her Make Believe Band.