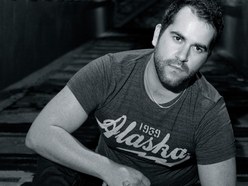 Singer/Songwriter - Jason Carlo, has been described as a dark horse having kept out of the "music scene" for some years now.

Born in Auckland, New Zealand and exposed to a wide variety of musical influences ranging from artists such as Otis Redding, Boys II Men, Elton John, Willie Nelson, Cher & Michael Jackson. It wasn't until his early teenage years he then began to start experimenting with writing his own music.

Jason's first television appearance was on the New Zealand version of "Stars In Their Eyes", he then went on to write, perform and license the title track song for a New Zealand feature film "Love Has No Language" before being called upon to perform in Las Vegas, U.S.A.

In 2013 he made a move to Australia and began working hard collaborating with musicians, songwriters and producers which allowed him to further explore and discover his sound and creative inspiration. It was in this creative climate his first single "On Angel Wings" was to be officially released, with the song now dedicated as a tribute song to the families of the Malaysia Airlines MH370 missing flight.

Shortly after the songs release, "On Angel Wings" was signed on a non exclusive contract to Sony/ATV Music Publishing Malaysia, released on iTunes, Google Play and many other digital music retailers worldwide. "After the costs associated with the release of "On Angel Wings" 100% of all digital sales proceeds is being offered to the MH-370 families directly affected from losing their loved ones on the missing flight".

Jason is set to burst onto the music scene with his latest single "Unscripted" scheduled for release on July 1st 2015 and is currently working on the production of his first music video in Sydney, Australia. 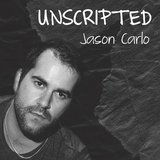