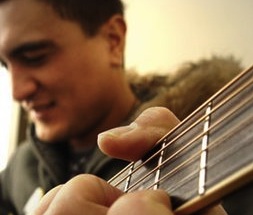 JAYSON NORRIS is a Singer/Songwriter originally from Kaitaia. Jayson relocated to London in 2004 where he has remained. Since his move to the UK, Jayson Norris has released two albums, A Basket Full in 2006 and the new 2009 release Freedom To Live.

A Basket Full was released in 2006 on Jayson’s own Indie label Rangiputa Records and achieved over 2,000 sales independently in London alone. Singles like "Window" and "The Beginning" winning favour with an ever increasing fan base.

The independent success of A Basket Full provided opportunities for support slots throughout the UK with well known artists such as Blue King Brown, Pete Murray, Dave Dobbyn, Breaks Co-Op and the Black Seeds, along with invitations to perform at some of London’s biggest music festivals including Love Box, Secret Garden and Toast.

Jayson returned to NZ in March 2008 to headline the Acoustic Lounge Tour which featured artists such as Jason Kerrison (Opshop), Jonny Love and Luke Thompson.
Jayson returned to studios in February 2008 to start recording his much anticipated second album Freedom To Live. Shelton Woolright (Blindspott) and producer Paul Matthews (Blindspott, Stylus) came onboard to produce the first recording and single (Superhero). Shelton and Paul came with a raft of experience in both writing hit singles and in producing multi platinum selling albums. After a couple of weeks of pre production and creating a more commercial sound, Superhero was completed and ready for the world to listen to. Both Shelton and Paul played on the track.

Freedom to Live was completed in June 2009, was mixed in NZ at York St Studios by Steve Roberts and mastered at Abbey Road by Kathy Bryan. The album truly conveys Jayson’s explosive live feel and captures the real soul and emotion of Jayson both musically and in his heartfelt lyrics.

Jayson’s cultural and musical heritage is subtly reflected with a South-Pacific feel resonating throughout his songs. 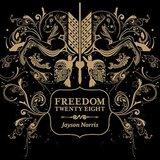