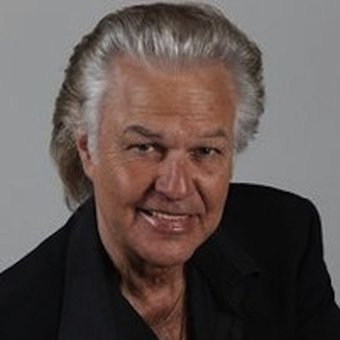 Kawerau can claim to have spawned New Zealand's first, and so far, only international pop star.

In January 1969, the town rolled out the red carpet for a civic reception honouring it's most celebrated son who had risen above them all to the pinnacle of the British charts.

John Rowles was then just 21 years old. His track record was impressive. Three international hit records. It hadn't spoiled him, but success had certainly changed him. He wore a sassy hair do, green suede Carneby Street. Suits, flashy jewellery and he practically choked on a log-sized cigar.

In the 90's he has toned down considerably. His cigar is pencil thin, his clothes almost discreet, but the super white smile is still there, as part of a sophisticated veneer that brings a giggle and a gasp from all types of women.

It began as an obsessive imitation of Elvis in High School. He'd always wanted to be a star. At 16 he left the logging town for the bright lights of Auckland.

A year later he and singer Eddie Lowe had scraped enough money together for 2 fares to Melbourne, and matching Cabaret jackets. They walked from their flat to a nightclub where they earned $10.00 for 2 nights of their duo act. He wore the red jackets to work. They were all the 2 possessed.

Two years and several jackets later, the manager for Cliff Richard & The Shadows spotted him, and Rowles went to London. He spent a lot of time meeting the right people who "might be interested in his voice" and after a while he got his chance. The result of that was "If I Only Had Time" which climbed over Louis Armstrong and Cliff Richard to become # 2 on the UK Charts after 8 weeks. This was followed by "Hush Not A Word To Mary" and "The Pain Goes On Forever'. He was judged Entertainer of the Year in New Zealand, despite his absence.

In 1970 with the success of "Cheryl Moana Marie" he set his sights on America, but carefully based himself in Hawaii first. He earned US$5,000 a week from his nightclub appearances. He flitted to and from engagements in Las Vegas, one contract was worth US$60,000 for eight weeks a year for three ears. He appeared on the Ed Sullivan show and was also the just of John Cash, Glen Campbell and the Miss Universe beauty pageant.

Just as he has always wanted to be a star, he hopes he will always be able to stand up and sing. But his performance must maintain the same rigidly high standard he sets for himself.

"Otherwise I might as well give up tomorrow," he says. 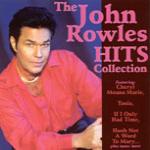