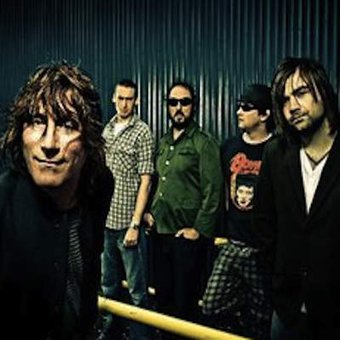 "Legend' is a word suffering from chronic overuse syndrome these days, which has stripped it of its power to adequately describe the affection the New Zealand public has for Jordan Luck.

As front man and pop‐writing genius with the (legendary) Exponents, he clocked up a staggering 18 Top 40 singles over the years, with ‘Victoria' recently voted by public as the 8th greatest New Zealand song of all time. Today you can still hear 10,000 rugby fans sing in unison to ‘Why Does Love Do This To Me?' at a Super 12 match.

I could go on, but that was then and this is now...

The Jordan Luck Band is the band that Jordan has assembled to carry on the torch of his pop‐writing gift. Hand‐picked from a wish‐list of players he wanted to work with, Jordan found that he didn't need to look further than the first four on his list.

While The Jordan Luck Band still carry the torch of Jordan's illustrious pop past by playing those beloved Exponents hits, the band also has one eye firmly on the future, with a recent bout of intense song writing for the (wait for it) NEW ALBUM, proving that Jordan's creative muse is flourishing in its new environment. With a line‐up like The Jordan Luck Band, how could it be otherwise?