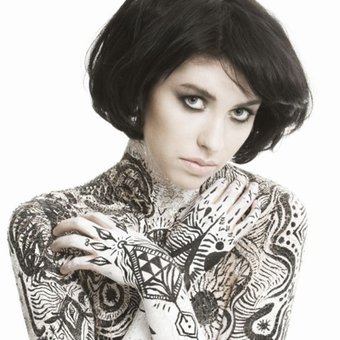 Kimbra has already received two NZ On Air grants and a Second placing in the Smokefree Rockquest 2004 along with the Best Vocals award, Womens Musicianship and gaining over $7000 in total from the generous competition. Her focus on rhythm and melodies sets her apart from the generic girl on guitar and captures audiences. Over the last few years Kimbra has jumped at the chance to work on her craft with gigging around the country including Wellington, Hamilton and Auckland appearing with various bands and artists.

Kimbras' first single was recorded at the infamous York St Studios with Welsh producer Greg Haver (who has worked with artists/ bands all over the world, including Manic Street Preachers, Lost Prophets, Carly Binding, 48 May, Falter and The Checks). 'Deep For You' was then funded for a Video which gained play on nationwide radio and C4.

In 2005 Kimbra was fortunate enough to be asked to sing the National Anthem at the prestigious All Blacks vs. Ireland test match which served as an immense experience (singing to 30,000) and international exposure on television. However, the passion clearly lies in writing. Determined to create lyrically provoking songs commentating a life long search for truth. Inspired by the likes of Jeff Buckley, Amy Winehouse, Ani Difranco and Bjork with further jazz and soul influences.

'Simply On My Lips', the current single, was recorded at The Lab Studios with Nic Manders and the video clip, directed/animated by Joel Kefali (Cut Off Your Hands, The Have) is currently playing on Juice, C4 and Alt Tv. The video can be voted for on C4 Select by texting 's120' to 4440! To vote for the song on The Edge, text 'studio kimbra simply on my lips' to 3343!

Each song alit with its own harmonious discord, aiming to maintain structure but escape cliché. Kimbra is excited about the prospect of eventually recording an album and continuing to gig around and outside the country. 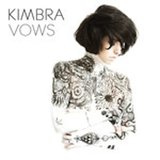 Kimbra's debut record Vows, three and-a-half years in the making, charts not only her growth and development musically over this time, but personally as well.