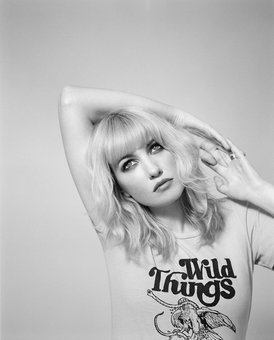 Phillipa "Pip" Brown got her start as lead guitarist in the Wellington-based band Two Lane Blacktop in 2001. Just as the group was set to head to Australia to tour with Modey Lemon, it suddenly dissolved. Brown decided to continue on with the plan to travel to Australia, and ended up relocating to Melbourne in 2003. Once there, she met up with Nick Littlemore of the Sydney-based band Pnau (and later Empire of the Sun) and he asked her to play in his new band, Teenager. They gigged together for a few years, releasing the album Thirteen in 2006 before, at Littlemore's urging, Brown set off on a solo career. Dubbing herself Ladyhawke after the 1985 Richard Donner movie, she began recording her solo album with producers Pascal Gabriel and Hannah Robinson. Released by Modular in 2008, Ladyhawke was a hit in Brown's native country, and the modern pop sound and catchy hooks made it a success elsewhere (namely Australia and the U.K.) as well.

After a year spent touring and promoting the album, Brown returned to the studio with Gabriel to work on a follow-up, but the sessions fell apart due to Brown's post-tour exhaustion. After taking a break, the pair began working in Gabriel's studio in France; in 2012, her second album, Anxiety, was co-released by Modular and the rejuvenated Casablanca label. The record's lyrics dealt honestly with the Asperger's syndrome that Brown was diagnosed with in 2006 and featured a stripped-down feel that leaned more toward the harder edges of the '90s alternative rock scene, rather than the more dancefloor-oriented, '80s-influenced sound of her debut. One of the album's songs, "Blue Eyes," was featured in a series of television ads for Verizon. After beginning work on her next album, Brown decided the songs she was writing were too dark and didn't reflect her more positive outlook on life. She reconvened in the studio with producer Tommy English (BØRNS, Tiësto) and spent a year working on a much brighter, very poppy record. The result was 2016's Wild Things, the first Ladyhawke album to be released by her new U.S. label, Polyvinyl 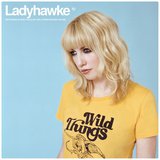 Wild Things is the third studio album by New Zealand musician Ladyhawke. The album was released by Polyvinyl on 3 June 2016...