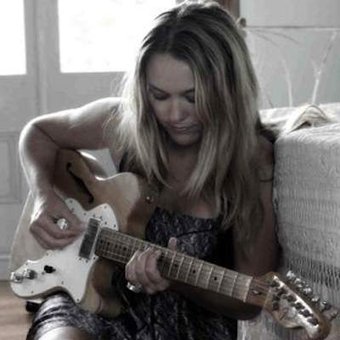 Lupin is the solo project of Victoria Girling Butcher, best known as singer songwriter for the now disbanded Lucid3 and who has, over 15 years, earned a reputation as one of NZ's key popular music composers.

Lupin's debut Album will be released in May 2011. Victoria is a member of Dave Dobbyn's touring band and has opened for him in Europe. When she supported James Blunt at his Auckland show, he was so impressed he doubled her fee.

Lupin follows on from Lucid3 who mantained a fervent musical integrety for eight years. Victoria, Marcus, Laswon (six string/bass guitars, keys) and Derek Metrivier (drums/producer)- joined forces in Auckland in 1999 They gelled instantly and their first musical collaborations produced immediate aesthetic rewards, two albums, and they slotted in comfortably alongside international ats at WOMAD festivals, supported by UB40 and Jimmy Cliff and toured extensively with the likes of Dave Dobbyn, Goodshirt and Brooke Fraser.