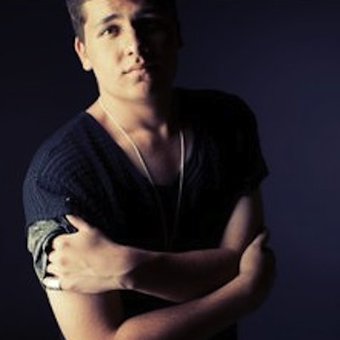 Only 17, Massad is an accomplished performer whose unique and fresh sound has attracted a large fan base.

Massad’s Alternative pop style is a combination of the rock, pop, jazz, electronic, musical theatre, choral, classical & other genres that Massad has been exposed to and involved in since an early age.

2009 saw Massad competing in the finals of the Auckland University Songwriter of the Year competition; playing the lead role of Riff in the Baradene/Sacred Heart College production of West Side Story; winning multiple sections at the Walter Kirby music competition, releasing his debut album LongStoryShort and performing to an audience of 250,000 at Auckland’s Coca-Cola Christmas in the Park.

In 2010 Massad has focused on writing, recording and live performances.
Highlights have included:

Performing on the Apollo stage at Parachute in January

Charity gigs including Beats for Haiti, the Westlake Girls’ High School Anti Bullying concert; the Play it Strange dinner, UNICEF Undercover with Ivy Lies, the July Cystic Fibrosis Concert and the release of “So This is Christmas” for the SHINE charity.
Sharing billings with renowned New Zealand artists including Nessian Mystic, Andrew Fagan, Kids of 88, J Williams, Die Die Die, the Feelers, Elemeno P, The Jury & The Saints, Jordan Luck and Monique Rhodes
Winning the Auckland University Songwriter of the Year secondary school’s competition
One of eight national finalists in the 2010 Smokefree Rockquest
Winner of the Lowdown best song at the Smokefree Rockquest Finals
Winner of the Playitstrange Christmas song competition & placed in the Playitstrange secondary school’s sonngwriting competition.
Appearances on TV1’s Good Morning show, Balcony TV and C4
Interviews & live performances on Active FM, Kiwi FM, Radio Live and Radio NZ – National
Front cover of Tearaway Magazine
Wellington debut at Betty’s
Release of EP Me and My Guitar
The recording of “Waiting” and “Tear My Heart Out” at York Street
Duet recorded with Outrageous Fortune’s Antonia Prebble & released on “So This is Christmas:” Album debuted at no12 on NZ Charts in November

Massad is looking forward to another busy year in 2011 beginning with Anniversary weekend performances at both Taupo’s “Flying Proms” and Parachute.

Although making his mark as a singer songwriter, Massad is regularly supported by a very talented backing band made up of vocalists, concert harp(s), violin, drums, keyboards, guitar and bass. 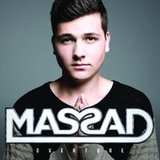 At only 18 years old, Massad is an accomplished performer whose unique and fresh sound has attracted a large fan base.