Panther and The Zoo 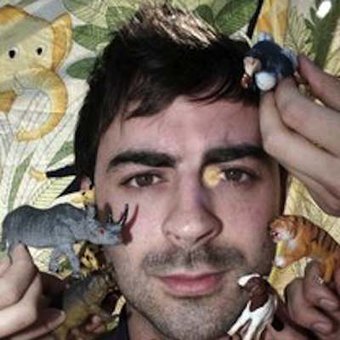 2011 is an interesting year for Graham Panther and his Zoo.

Interesting in that most of the 2010 has been spent filling the ranks of more famous New Zealand bands on booze-fuelled jaunts around the world, but now they're BACK. Panther, his acoustic prised from his hands, was forced to grope his way around unfamiliar buttons, knobs and pads in his role as a touring member of the Ruby Suns. Meanwhile, main zoo collaborator Hayden East worked on his falsetto and developed multiple tambourine inflicted injuries as an honourable member of Lawrence Arabia’s band the Prime Ministers.

Periodically throughout the year, dreadfully hung over and jet lagged, Panther and East made the long journey home across the pacific to chip away at Panther and the Zoo’s long awaited debut album; left safely in a New Lynn warehouse under the watchful ears of Bob Frisbee. Friends like Goldenhorse’s Geoff Maddock and The Brunettes’ John Parker would drop by with a bag of chips and a ginger beer, before adding their own flourishes to the recordings and inspiring new ideas.

Now home for the summer and freed from the shackles of debauched luxury, Panther and the Zoo are finally ready to ground themselves in the stark yet exciting reality of a band-just-starting-out. With a couple more groans and a few pushes, this extended labour of love should finally produce what the band hope will be “a really good album”, to be titled ‘More Fun’ and released mid 2011.

‘Everything, Everyone’ is the listening public’s obligation-free test run of things to come. The single is available through a pay-what-you-will (or pay-nothing-at-all) download at pantherandthezoo.bandcamp.com and can be heard with accompanying visuals (often called a music video) by Nikki Castle 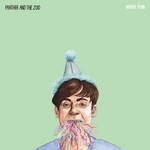 Having spent 2010 filling the ranks of more famous bands on booze-fuelled jaunts around the world, Auckland's Panther and the Zoo have finally released their first album. &nbsp;

Panther and The Zoo elsewhere