Luke Buda, Conrad Wedde, and Samuel Flynn Scott are three guys from New Zealand who grew up listening to Pantera, Slayer, and Sepultura and decided to form a band.

New Zealand based Phoenix Foundation return with their new and sixth studio album give up your dreams. It''s a shrewd and vibrant reminder that in the Phoenix Foundation's gloriously absurd world of technicolour pop, it's the challenges you set yourself that reap the greatest rewards. "give up your dreams could sound like a defeat but it represents something quite defiant, joyous and celebratory" exclaims co-frontman samuel scott of the record's infectious rhythmic driven sound and optimistic feel.

After huge success, sales and awards in their homelands it was 2011's breakthrough album buffalo and 2013's colossal double album fandango that saw the band reach a more global audience - 5 star reviews, ‘later... with jools holland' and glastonbury followed. which brings us to give up your dreams, the sound of a band with the pressure-off, embracing a freedom to explore and hone their sound at their own pace. 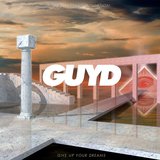 Give Up Your Dreams