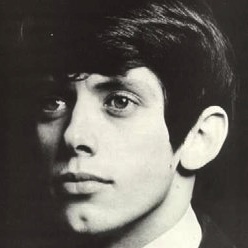 Undoubtedly one of New Zealand's iconic pioneers of modern music, Ray Columbus began his career in 1959 at the young age of 17

Teamed with band The Drifters, Ray became very popular in his hometown of Christchurch. This prompted a move to Auckland in 1962 and a name change on the way to Ray Columbus & The Invaders. Complete with Fender gear, fancy dance moves and matching outfits, Ray & The Invaders took Auckland by storm.

The 1964 smash hit She's A Mod rocketed Ray & The Invaders to Australasian and international fame. The song, teamed with the ‘Mods Nod', a dance created by Ray, hailed him as the ‘Mod Father'. She's A Mod remains one of mainstream NZ's fondest and most enduring memories of the ‘60s.

Strengthening their popularity and place in NZ's music history, Ray & The Invaders had further success with Till We Kissed. This song turned out to be their biggest NZ hit, selling over 50,000 copies in 1965 alone.
Ray & The Invaders were also the first group down under to record and play their own songs. Their second album Original Numbers was NZ's first album of entirely self-penned tracks.

Ray's career hasn't slowed down after his split from The Invaders, he has now enjoyed over four decades in the Kiwi entertainment industry. Not only was he awarded an OBE for services to his country but he was the first pop star in the British Commonwealth to receive such recognition. Ray has toured Australia and NZ numerous times as the headline act as well as supporting major international artists including The Rolling Stones, Roy Orbison, Shirley Bassey and The Hollies to name a few.

But music is not Ray's only claim to fame. He has been a household name in television since he hosted his own series in 1962 - Club Columbus. This was followed by hit series including Ray Columbus Presents New Faces, C'Mon, Happen Inn, Sing and others. Ray also co-created and hosted That's Countryand helped sell the series to the TNN cable network in the USA where 48 shows played three times a week for a year.

Other career highlights include three Royal Command Performances (he was MC and headliner in 1974 during the Christchurch Commonwealth Games). Not to mention playing San Francisco Auditorium with Eric Burdon & The Animals in 1968.

As a singer, songwriter, band leader, promoter, manager among other titles, Ray has won every major award in New Zealand show business including: 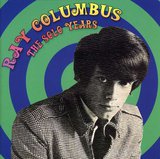 The Very Best Of The Solo Years