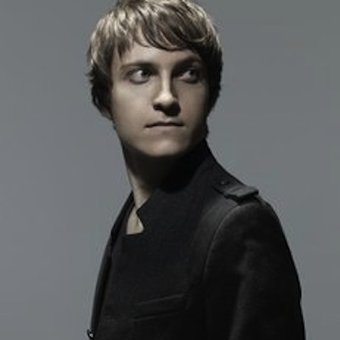 He calls himself a New Yorklander. Having lived in New York since 2008, Simon Spire has found familiarity amongst the bustle of Brooklyn and its spirited streets, his love of the city making it feel like a place he can call home outside of his native New

It is also the city that inspired the writing of his second full-length album, Four-Letter Words, recorded in a nearby Manhattan studio.

“I’m always interested in where humanity is going, and for that reason I love being in New York – I’ve often thought of it as being at the forefront of the continuing cultural evolution,” says Simon.  “In that sense, I want to be creating a new sound, taking part in where we’re going next.  I wanted Four-Letter Words to be relevant not just on a personal level, but also collectively.”

It was 2008 when his debut album, All Or Nothing, established the Auckland-born singer/songwriter as a diverse talent with the ability to skip between energetic powerpop, rock’n'roll and lush balladry. His sincere songwriting style and earnest vocals combined to make songs that were engagingly personal and impressively crafted, while also providing a platform to showcase his unique guitar styling.

Now Simon Spire releases his second album, Four-Letter Words, in April 2011, with a fresh approach to how he brings his musical creations to life. Lead single Liberate Your Love hints at the slightly edgier direction Spire has taken on album two, but without losing the alluring melody hooks and ambitious lyrics he is known for, and this progression will certainly make an impact on commercial radio. The album effortlessly navigates between differing intensities, from the uplifting stomp of Knocking On An Open Door, to the gloriously vulnerable No Solid Ground, to the conflicting struggle and triumph of the title dream-pop track A Four-Letter Word.

An evolution and maturity has taken place in his songwriting, while the wizardry of producers Rich Mercurio and Lee Nadel, and gleaming mixing of engineer Brian Malouf (All American Rejects, Michael Jackson, David Gray) collide majestically to make a stunning pop album with a twist.  Mercurio and Nadel have worked in a wide range of genres during their extensive time in the New York music scene, with artists such as Regina Spektor, Enrique Iglesias and Jewel, and Spire immediately felt a shared musical vision when first discussing ideas for the album with them.  “Rich and Lee hold the fundamentals of the music and the song itself above all else, but then their understanding and experience also supports the music fully coming to life with the buoyancy and boldness that was equally as important to me with this album.”

Simon Spire has journeyed far since the release of his debut, growing as a musician while taking in the world and delving into his experiences to write an impressive sophomore record.  “This album is about the struggle and challenges of being true to oneself.  It’s about the boldness of claiming our potential, and of being in a process of discovery both of the lies we tell ourselves and of the inspiration that wants to come to life.”

Having worked with the likes of Lenedra Carroll (former longtime manager of multi-platinum artist Jewel), Simon already has a foothold in the punishing US music market, with radio play, an Honorable Mention Award as a double-finalist in the USA Songwriting Competition for his first album, and a selection by TV network Channel One as one of the Top 20 artists of 2009.  Regularly touring, particularly along the East Coast of the USA, his live show with a band of likely New York musicians has made an impact stateside and he has joined forces with up-and-coming artists at premiere American venues such as Rockwood Music Hall.

But Spire is just as dedicated to music in his native New Zealand where he has already made inroads at radio and music television with the impact of singles Hiding So Long (NZ40 Top 20 airplay chart position) and Alive (NZ40 Top 40 airplay chart position). The main focus of early 2011 is the April 4 release of Four-Letter Words in his home country, and realizing the songs live for his New Zealand audience.

Like a lot of aspiring musicians, Spire started his journey into music with the piano while growing up, but after hearing Nirvana at the age of 13, he knew that guitar would be his true passion. Immediately making the musical shift from the eighty-eight keys to the six-string, he found a new obsession in guitar and would spend hours listening to and studying such axe-masters as Joe Satriani and Steve Vai.

In time, Spire began to write his own material. Inspired by such confessional tunesmiths as Neil Diamond, Alanis Morissette and John Mayer, Simon put pen to paper, embarking on a new chapter in his musical development.  Spire soon teamed up with a drummer/sound engineer friend and made his first demo, learning the intricacies of vocal performance, musical arrangement, and recording techniques in the process.

He hadn’t yet realized that music was going to be his life’s work and attended the University of Auckland, all the while honing his musical craft, but after graduation Simon understood that his creative drive left him little option but to pursue music as a full-time vocation. Heading for Los Angeles where his father was based, Simon soon came into contact with Lenedra Carroll.

Lenedra opened Simon’s eyes to the way of the US market and introduced him to key industry figures while he was creating the music that would become his debut album, All Or Nothing.  Now several years later, he is ready for the next step in his musical evolution, and to offer Four-Letter Words to the world.

“Making music has always opened new doors and challenged me to explore unanticipated directions,” Spire says.  “In the end, I just let the music lead me, and I simply follow the inspiration.  That’s how I ended up in New York, that’s how I made this album, and that’s how I’ll get to wherever I end up next.” 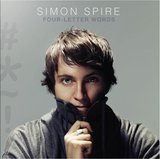