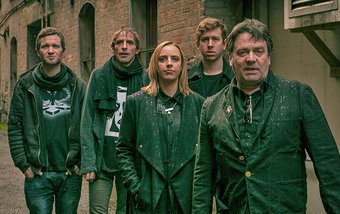 The Chills were formed in Dunedin 1980 from the remains of a two year old High School "punk" band named The Same.

Originally formed in 1980, The Chills had a revolving cast of band members with Martin Phillipps remaining the only constant. his knack for writing fantastic pop songs led to chart hits in New Zealand and a cult following around the world. Such albums as Submarine Bells, Kaleidoscope World and Brave Words are landmark albums of the alternative 80's and 90's.

Now in 2014 Martin Phillipps and co are once again launching the Chills internationally having signed to Fire Records (Guided by Voices/Spaceman 3/Bailterspace) and releasing a critically acclaimed live album in 2013 a brand new single in May and a forthcoming album in 2014.

Martin's songs began to outstrip the very rudimentary capabilities of The Same and he formed a new group with Chills co-founder Peter Gutteridge (who had recently been fired from fellow-Dunedin band The Clean). Martin had then (and still does today) a single-minded determination to take quality, original N.Z.-sounding, melodic rock music to the world.

Peter Gutteridge soon left to follow his own musical path. His departure was to be the first of nearly forty other band members who in the last 24 years have played in The Chills. Martin's requirement of band members over the years has been to meet a standard of musicianship which is necessary to deliver The Chills songs with essential consistent energy in the live arena.

Martin has maintained this difficult ideal through nearly all of the band's twenty incarnations and when it has been missing he has acted and changed the line-up. This determination to maintain a high-powered approach to The Chills live shows stems from the punk rock ethics of Martins musical awakening and from the subsequent proximity to charismatic persons like Chris Knox who drove home how crucial it was to deliver music always with intensity and conviction.

This live energy is the central reason why The Chills are remembered fondly in all of the thirty-nine countries that they have thus far visited on their promotional tours. It is the combination of this and the consistent quality of their songs which have established The Chills as one of the most well-known New Zealand groups to date - particularly in the U.S.A., U.K. and Europe.

The Chills have had a string of hits over the years and have become a NZ institution with their songs being used on TV shows, commercials, and in movie soundtracks. 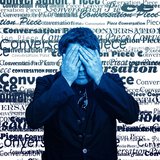