The Jury & The Saints 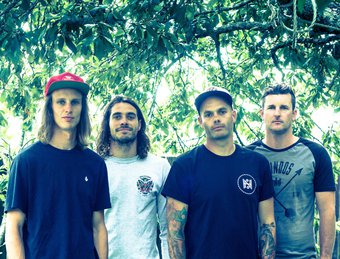 When Jesse from Streetwise Scarlet was sick of his band and was ready for a new challenge, he started a new project.

Over the last year and a half he recruited the help of a few friends that he had met along the way to make things happen, most notably his buddy Rowan from Goodnight Nurse. This was a recipe for good times...and inevitably, success.

A relentless first year for The Jury & The Saints saw the band play live to over 50,000 people. C4 picked up the boy's first single, Brand New, as the channel's promo song as well as a short documentary about the band and their music. The video for Brand New soon became the number one most played video on C4 and a top five single on myspace music.

Not long after all this the band were asked to support global hit makers Paramore on their NZ tour. Paramore loved the band so much they invited the guys on a full Australasian tour to an overwhelming response.

With all of these achievements in such a short time, along with a sold out, self released EP - which shifted over 1500 physical copies at live shows - the band signed with Deadboy Records in November 2010 for the release of their highly anticipated debut album Daydreams. 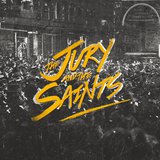 The Jury & The Saints

The Jury & The Saints elsewhere