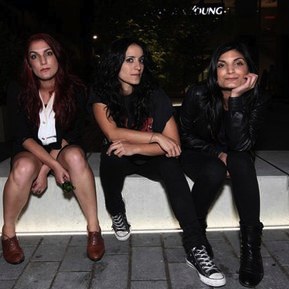 The Sami Sisters are Madeleine, Anji and Priya Sami.

Three coffee coloured, hot babe, songstresses of Irish and Indian descent, born and bred in Auckland, New Zealand.
Growing up in a noisy household, raised by their mum, the girls were attracted to an eclectic variety of music. They learned to sing watching the Sound of Music, Grease and West Side Story over and over again and were influenced by all the grunge, pop, and R’n’B awesomeness the 90’s had to offer.

Consequently they all wanted to write songs so they taught themselves to play guitar and found an audience wherever they could. Musicals, jazz bands, talent quests -Priya even slummed it in the sleazy underworld of covers bands for a bit. It wasn’t until 2007 that it dawned on them to combine their abundant ‘girl power’ to form The Sami Sisters.
Since becoming a band they have regularly played festivals and gigs around New Zealand and Australia including Womad and support for Rufus Wainwright and Kasey Chambers.

2011 will see the release of their debut album 'Happy Heartbreak'. Co-produced by Ed Cake, Jeremy Toy and The Sami Sisters and mixed by legendary producer Tchad Blake, 'Happy Heartbreak' wears it’s influences on it’s sleeve. A little Benatar. A little Cash. A little nostalgic and a little modern too. Guitars mingle with vintage 80’s synthesisers, carefully crafted melodies and those magic sibling harmonies to create a warm and rocking pop record of to satisfy many a wounded heart. 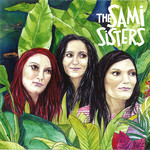 Happy Heartbreak! is a spunk of a record which takes you on a journey filled with rousing pop songs on a topic we all love to ruminate on.