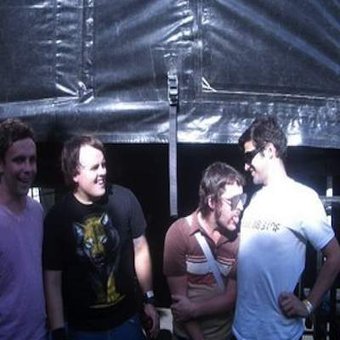 The Sneaks are built upon a love of great tunes and thanks to their unique stage presence and sheer infectiousness people are calling them the most exciting new band in NZ. Simple as that.

Sneaks gigs quickly developed a special reputation and support nods came through rapidly from the likes of Idlewild, The Icarus Line, Trans Am, D4, Gerling, the Coolies and the Checks.

The Sneaks describe themselves as four Auckland based x-ray Ninja enthusiasts. They listen to Prince, Fugazi, Pavement, Africa 70 and The 1910 Fruitgum Company while thinking about cheerleader zombies.

It's noise, it's chaotic, it's more hooks per 30 seconds than most achieve in a lifetime. It fizzes, it's punk, it's infectious, it glitters, it's pure and it's kuzai. It's James Dansey (vocals and casiotone), Martin Keane (guitar), Matt Rayment (bass) and Daniel Ward (drums).

But mostly its robots. And pop. 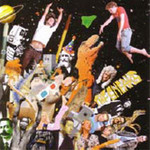 It's time for a massive dose of highly infectious, addictive two-minute pop symphonies. It's time for The Sneaks self-titled, fourteen track, debut album. The album was self produced and recorded ...