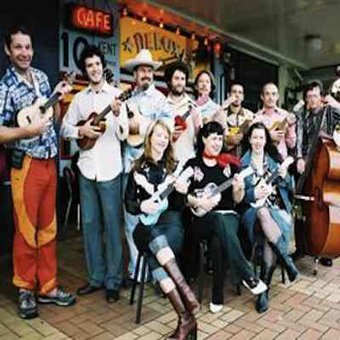 The dozen-strong strummers of the WIUO faithfully reproduce hit songs from across the musical spectrum. They are a consistent sell-out act in their home country, where the ukulele has been a beloved instrument since its appearance on the first official New Zealand pop single.

The orchestra provides harmonious and hilarious renditions of classics, rock hits and folk tunes as well as songs in their country’s native tongue. The comedy comes from the witty banter, but when the WIUO bursts into song it could go several ways: the sweet sounds can silence a room in a nanosecond, or bring a crowd of thousands to their feet.
At their gigs, you can expect inviting sing-a-longs, outstanding instrumentals, well-dressed individuals, sparkling harmonies and comic banter. The WIUO has rocked rock venues, botanic gardens and vineyards, and they've also been known to rock libraries, museums, art galleries and the inter-island ferry. 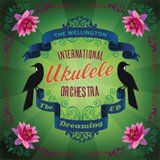 Made with love and magic for our enthusiastic audiences by our merry band on our bonsai instruments.