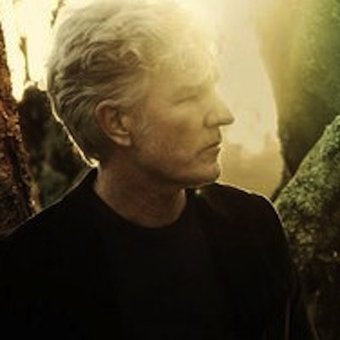 Tim Finn's odyssey has been our own. For that is the beauty of music. We surrender to it and we ride in the slipstream.

Born under a Long White Cloud, setting forth from the now mystical Te Awamutu, dust of a thousand roads on his shoes, salt of the seven seas on his face, unwavering, unbowed, ever questing into waters unknown, uncharted, chasing horizons, propelled by his own billowing imagination, regaling us with tales of faraway places: strange and familiar. A cartographer for the unmapped hinterland of heart and soul.

From nascent days at Sacred Heart and Malmsbury Villa to concert extravaganzas at His Majesty's Theatre in Auckland circa 1974 to the Sydney Opera House to London's famed Royal Albert Hall and countless stages across the globe in between, Tim Finn has long sailed upon a sea of surging fans swept up in his music from Split Enz, Crowded House, The Finn Brothers, ALT and myriad solo voyages.

What a journey it has been. See his unitard-clad pantomime creep with Noel Crombie in the early Enz clip for Sweet Dreams, the eye-twitching harlequin with the jester's hat hair channelling a demented doo-wop singer in Lovey Dovey, the endearing ghost of Stan Laurel in My Mistake - these are the instinctive performances of a great European clown; a fool in the Shakespearian sense, telling the truth disguised in outlandish dress. You can't take your eyes off him; unleashing the id, the epitome of extroversion. Behold the frenzied gyrations of his electrified man in I See Red, the coiled mania and cartoon widow's peak of Bold as Brass, the jaunty platform-heeled cool of Fraction Too Much Friction, the barefoot Peruvian traveller of Not Even Close, the unabashed bliss as he glances across stage to brother Neil during It's Only Natural, strumming their guitars as one, gazing into the ether, in complete accord, in perfect harmony.

Is there anything more natural than Tim Finn conjuring music? As organic and intuitive as the elements that pulse inside his songs: stars, skies, trees, mountains, rivers, oceans -standing the test of time, offering sustenance and solace, gathering beauty and meaning with each unfolding evolution.

Brian Timothy Finn grew up in thrall to The Beatles and The Kinks. He speaks still of Ray Davies' Waterloo Sunset with the misty-eyes of first love; a three minute slice of pure pop - a classic art form he too would come to master with Six Months In A Leaky Boat and Weather With You among so many others. Early forays into songwriting with his Split Ends co-founder, Phil Judd, were often more epic endeavours; maverick youth pushing the boundaries, testing the water with exhilarating high dives rather than a timid toe. As a boy, tucked up in bed in the dead of night, listening to these phantasmagorical recordings through the headphones of my dinky cassette player, I was transported on kaleidoscopic aural adventures, grand and intrepid. Listening to early Split Enz felt like being lured spellbound through an enchanted forest towards a secret circus of your dreams.

As the band evolved so too did its ringmaster and spiritual leader; Tim Finn's compositions growing exponentially in accomplishment, evidenced by the exquisite Charlie and Stuff and Nonsense. There followed heady days in the white-hot spotlight when radio and an adoring pop public ‘discovered' Split Enz and gorged themselves on the music: Poor Boy, I Hope I Never, Dirty Creature, Shark Attack and - from Tim's 1983 solo escapade - Made My Day and In A Minor Key.

The wanton vicissitudes of fashion would later decree that ensuing solo albums Big Canoe and the eponymous Tim Finn be overlooked where Escapade most certainly was not. There can be no rhyme or reason to the machinations of taste and trend. Hidden gems contained within remained gifts for the faithful only. Which isn't to deny the occasional navigational error. But Tim Finn was never lost, merely finding his way, forever in search of deeply-felt music, of what he once archly referred to as "the voluptuous muse".

The morphing of a mooted Finn Brothers album into what would be Crowded House's classic Woodface unleashed upon the masses a sublime cavalcade of songs for the ages: There Goes God, All I Ask and Four Seasons in One Day among them. While Tim joining brother Neil's band ultimately proved to be fatally flawed, nothing could nor should detract from the sheer joy and rhapsodic heights of that collaboration - a rare and precious pearl.

Leaving the Crowded House juggernaut behind to set forth on solo passage once more, the wayfaring troubadour would create Before & After, inspired by the Zen saying: "Before enlightenment, chop wood. After enlightenment, chop wood." The album, however, is replete with deftly carved wood: Hit the Ground Running, Persuasion, In Love With It All and Many's the Time, the latter leading to a future side-project in ALT with Irish musicians Andy White and Hothouse Flowers' Liam Ó Maonlai. The collective's one and only album, Altitude, is an obscure diamond in the rough; exuberant and melancholic. From the singalong ebullience of Penelope Tree to the unadorned grace of The Refuge Tree, the album possesses a raw, rollicking, one-take spirit of joie de vivre.

Finally in 1995 the long-awaited fabulous Finn Brothers album arrived, bestowing yet more treasures upon the ears of eager listeners, including Suffer Never and Angels Heap. To see Tim and Neil Finn play these songs and others from their bounteous repertoire live was an experience to cherish; both brothers moving between instruments like children in a toy room, voices seamlessly and intuitively complementing one another.

During the last gasp of the millennium, Tim Finn set off surprisingly for Nashville to record his fifth solo release, Say It Is So. The album, featuring the irresistible Underwater Mountain, was his first outside the major record company system and its companion piece Feeding the Gods followed in 2002. The latter in particular - right from ripping opener, Songline - found a silver-haired Tim cutting loose with a rock 'n' roll vigour that unequivocally rejected any notions of genteel retirement or resting on laurels.

Another reunion ensued with Neil Finn, Everyone Is Here celebrating fraternal bonds with beguiling songs such as Disembodied Voices and A Life Between Us. The latter's chorus of two brothers "staring at each other/like the banks of a river/and we can't get any closer/but we form a life between us" remains a glorious encapsulation of the elusive and unknowable bonds of family. Whatever differences transpire, what matters is the river flowing in between. It is a profoundly honest and poignant metaphor.

The river imagery would recur again in the elegant and tender Salt to the Sea on Tim Finn's next solo album back with EMI: Imaginary Kingdom. Here was a song to break your heart, reflecting upon the tragic loss of Paul Hester. Tim's poetic ability to succumb to the flood of grief yet simultaneously proffer a healing hand to the suffering embodies his unique gifts as a songwriter. The album itself contains an embarrassment of riches: Astounding Moon, Winter Light and the extraordinarily moving and stirring closer, Unsinkable. It seems the mysterious and primal power of fatherhood and discovery of an abiding soul mate in wife Marie have unveiled even greater depths in Tim Finn's confessional songcraft.

His most recent solo release The Conversation is a mature and masterly minimalist offering, characterised by a delicate humanity and graceful intimacy. Songs such as Straw to Gold, Invisible and The Saw and The Tree ache and caress; weaving bittersweet lyrics with effortless melodies and ranking with his finest work.

As a live performer - be it stripped back acoustic or leading a full-band assault - Tim Finn remains mercurial and magnetic: his pure tenor voice plaintive and yearning; his energy boundless and infectious; his ethos always to engage and entertain. And he does. For more than 35 years now. Over 20 albums. And counting.

The legacy is immense. A lifetime of songs for us to sing to. To cling to. Songs to live and die by. Songs of the heart as predator and prey. Songs of dark nights and glory days. Triumphal flags thrust upon the highest peaks; beacons for the soul; guiding lights sweeping over jagged coastlines, reminders of great wrecks and dashed hopes and human frailty, washed up on distant shores with new beginnings.

There is a generosity of spirit to Tim Finn. An eclecticism of expression. All points of the compass bravely explored. Instinct his guide. Truth his calling. Music his reason for being. This double album feast harbours it all, including brand new songs (Nothing Unusual, Light Years Away) alongside the reborn and revisited (It's Only Natural, So Deep, Weather With You, Stuff and Nonsense, How Will You Go), proving yet again Tim's yen for creative invigoration; his willingness to breathe new life, shed new light.

Since he was a boy the vast, infinite enigma of the cosmos has captivated Tim Finn, firing his poetic imagination and existential ruminations. Pioneering astronauts speak of journeying all the way to the moon and feeling as if they had discovered the earth - gazing back on this blue marble suspended in space, seeing their home profoundly anew, humbled and awed by the revelation of perspective. For me, this Anthology is the moon and the artist's entire body of work the earth - each inextricably linked, earth's natural satellite a companion locked in orbit, affecting tides and moods with its mysterious gravitational pull.

North South East West shines upon us, luminous and wondrous, like a hypnotic full moon, ripe with inspiration, a celebration of all that has gone before and all that is still to come.

Long may the odyssey continue 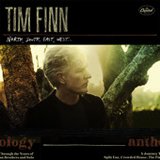 North South East West bears the subtitle "A Journey Through the Years of Split Enz, Crowded House, The Finn Brothers, and Solo" and it does indeed touch upon every phase of his career