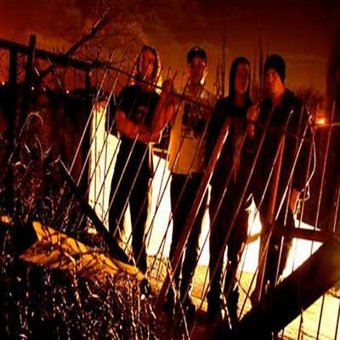 5th THREAT are a heavy-hitting, punk-rock, outfit hailing from South Auckland NZ. Telling tales of triumph,loss and life whilst remaining up-beat. Because, as we all know, what doesn't kill us only makes us stronger and 5th Threat are strong indeed.

Developing their unique sound around vocal melody, grinding guitars and bouncing bass lines, these boys aim to deliver and they do. You will find examples of this littered throughout their EP Threat or Death. Known to transcend genres, 5th Threat’s music has been called ear candy, as once heard their songs are damn hard to shake.

In late 2007 the guys struck back harder and more determined than ever releasing their eagerly awaited debut. Threat or Death received a 4 star review from NZ magazine Real Groove (Jan 2008) which hailed the song Suzan as “The greatest pop punk song to come out of New Zealand”

Threat or Death also received a 4 star review from NZ website www.punkas.com which can be found at this address. http://punkas.com/threatordeath.html.upon. Their EP was also voted 3rd best NZ release or2007 by Punkas members. 5th Threat have also graced the small screen with their song Blood Feud being used for the TV advert for X-Air in 2007 and have been interviewed a number of times on ALT TV. They were featured in a compilation of promising NZ artists in UK Rock Sound Magazine and hailed as one of the hardest working bands in New Zealand by Groove guide.

With the late 2007 release of their first EP, they launched into a North Island tour that made such an impact that upon finishing, they secured an supporting slot with American punk legends Bouncing Souls on their New Zealand Tour. In 2008 the guys also supported old-school-punk pioneers the UK Subs on their New Zealand tour.

Completing a blistering 2008 New Zealand winter tour taking in 10 shows in 10 days with NOT OK, the guys went straight into recording laid down six tracks which now feature on their current split album with friends NOT OK. The last 6 months has seen the guys play shows from Christchurch to kaitaia spreading their wings and gaining an appetite for touring the guys have their eyes on Australia and Japan. Currently the guys are in planning stages for their first video. 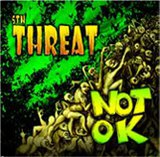