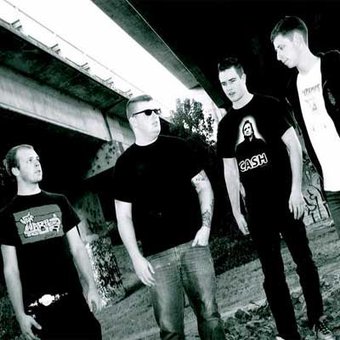 Formed in late 2007, Bad Bride quickly made a name writing and playing dark heartfelt music. Heavy with the themes of death, love and desperate defiance.

However this brooding macabre tone does little to capture the energy and genuine love for their music that these four young men possess. Each it seems is in tune with the other, and all share the same haunting feelings which is so steeped in the music they create.

To see Bad Bride live only further highlights this basic emotion, with every performance witnessed and absorbed as if it was the bands last moments alive.

March 2009 saw the result of the four piece's effort to capture their energy on record with the release of Bad Bride's debut album "THE FIRST CHAPTER".

12 songs of pure pedal to the metal adrenaline from the 4 piece Rockabilly band from the Hibiscus Coast, however upon listening to the band's first offereing you will hear that they are so much more than any genre label,combining many influences to create this masterpiece of a debut.