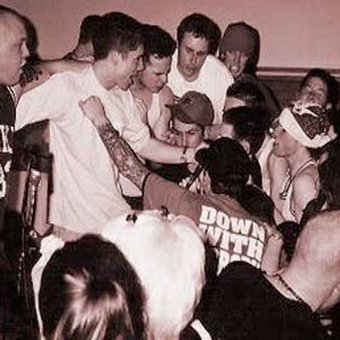 With over a decade of involvement in the creation of the New Zealand Hardcore Scene, Balance had evolved into New Zealand’s most prominent and productive underground act ever to be established prior to their break up in January 1999.

With the release of their debut album titled 'One Existence'. (December 1997) through to their follow up 8 track MCD 'Truth Respect & Spirit' (October 1998) and their just released live recordings on the Live Hardcore CD to be released through 1157 & Trial & Error Records in Melbourne, Balance have established a great deal. Their involvement in the scene has not only been as a band. It has seen them set up their own record label '1157 Records', establish tours, set up shows for both overseas and local acts and create a weekly radio show on Auckland’s 95BFM called “Viva La Hardcore”.

Their do-it-yourself attitude has seen them complete numerous national tours, organise various all ages shows in Auckland, complete two tours of Australia and release their own music as well as others, completed their self funded music video “Hardcore is my God” & gained television airplay under the umbrella of 1157 Records.

Balance has performed at such events as The Big Day Out, The Vans Warped Tour 98/99 & supported such international acts as Fugazi, Gas Huffer, Sick Of It All, Ensign, Stretch Armstrong, Rancid & The Deftones

The year 2000 saw Balance relocate to New York City were they were be based to support the American release of Truth Respect Spirit a 12 track CD licensed by 1157 Records to Howling Bull America Inc & Howling Bull Entertainment (Japan) Inc. But due to members involved in other projects, Ben with his Drum Tech duties with Rancid and as a playing member of New York’s Snapcase & Rhys as guitarist of Epitaph Records 'Roger Miret & the Disasters' Balance once again called it a day. 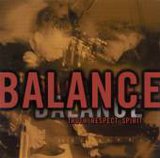