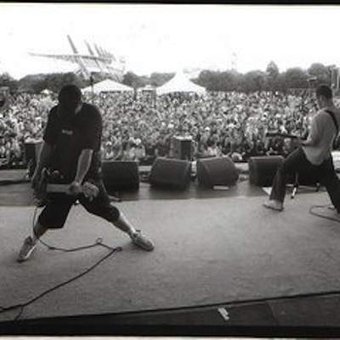 On the cusp of their 15th year, Kitsch is embarking on yet another journey through the sonic landscape of Pop Rock.

With an album project on the not to distant horizon, Kitsch plan to 'light the fire' by recording a selection of their freshest material for a online release, to be made available late 2009. Followed by their 4th full length release scheduled early 2010.

Currently fighting out of the Central Auckland corner, the Kitsch lads can be found late at night hunched over computers with guitars in hand, churning out sugary gems, exploiting the worth of the sing along chorus, with the same old ethos as ever, producing pure melodic rock for the masses.

With a similar approach to the new project, working title 'PLASTIC LIVES' Kitsch will deliver the next stage in it's evolution.

Kitsch have toured nationally countless times plus international supports for such heavyweights as Rise Against, Bad Religion / NOFX, the Offspring to name a few along with appearances on the Warped tour and Big Day Out stages.