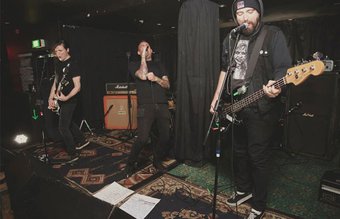 uckland New Zealand 4 piece hardcore punks Master Blaster formed in August 2015 and within a month, sticking to their Do or Die ethos, had recorded and released their demo titled "You Suck", supported SNFU and toured Australia (including part of Poison City Records Weekender Fest). Since their inception the band have played nonstop around New Zealand, hitting the road with Melbourne metal punks High Tension, Minneapolis thrashers In Defence, UK punk legends GBH, Byron Bay hardcore crew Shackles and embarked on an Australian and European tour in mid 2016 with Melbourne Fastcore Kings Hailgun that saw them play all around the continent finishing up in the UK with Discharge and English Dogs.

On Friday 16th June 2017, Master Blaster will release their new EP "Pass Out" both digitally and on 7". The release follows on from 2016's Doomsdays 7", and their split 7" with Hailgun. The lead single from the new EP, "To All My Friends" is a song about how "we self medicate to escape shitty situations through drug and alcohol abuse, the title is a nod to Charles Bukowski."

Master Blaster will then tour Europe and the U.K. off the back this new release, seeing them perform over 20 dates in June and July - including Off The Radar Festival in Germany, Obscene Extreme Festival in Czech Republic as well as dates in the U.K with Deviated Instinct and Seven Crowns.

Master Blaster play fast, angry, direct music, their lyrics are honest and the pace relentless. They share their sound and energy with bands like Career Suicide, Black Flag and Obliterations. 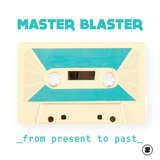 From Present To Past