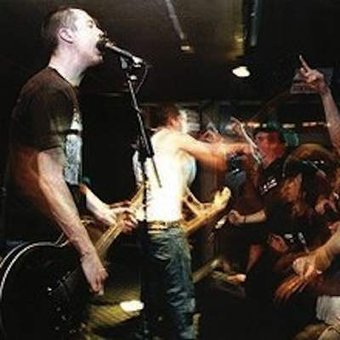 Since 1999 they've carved out a name for themselves with their honest, gritty & flat-out Punk Rock approach to everything and gone on to become one of the top genre acts in New Zealand this millennium.

They've played with the choicest of their Kiwi cuz'z whilst touring 'The Long White Cloud - of Chaos' numerous times. Stopping off at the annual Punk fest and selling out venues to punks (and Mothers alike) across NZ. All of which built their support to the release of their first full length album self titled Missing Teeth (1157 Records) This relentless, thrashy, punk/ska, assault lead to the inevitable support slots of such internationals as The Dropkick Murphy's, Hot Water Music, Strung Out, The Bouncing Souls, Less Than Jake & Sick Of It All.

This is not where the talent ends! In between putting on shows, touring, recording, drinking venues and bars out of beer, soccer and gambling they have also managed to form their own label Puppy Killer Records which has gone on to release two compilations of local underground New Zealand bands (mostly recorded at home studio The Dank).

In 2008 Missing Teeth played their last show, leaving punk rockers across the country in tears! They almost made it to 10 years!

A new Missing Teeth album iLL gOTTEN gAINS was once again recorded at the dank with Dagz at the helm and a lot of help from our ...