During 2015 Rival State completed a run of dates with Wednesday 13 and Toseland in and they also appeared at Download Festival, BST in Hyde Park and Camden Rocks.

As the single shows perfectly the new record is another full throttle, five-song rush of Rock n Roll excellence. Filtering all their influences and attitude into well-honed songs that take a stadium pleasing approach to beaten up grunge riffs and a gift for writing hook heavy choruses, anthems with plenty of attitude.

After a very successful, No.1 release in their homeland followed by a break, and some travelling, they decided to make the life changing decision of all relocating to London in January 2014. The band - Nimal Fernando and brothers Jo, Stefan and Valdi Einarsson (Jo and Stefan are twins) hit the ground running as soon as they arrived in the UK. Live shows were quickly filling the diary, including Sonisphere, where a storming set lead to a full UK headline tour and onto their debut release - The Youth Tax EP.

The EP was recorded with Matt Hyde (Ash, Slipknot, Funeral For A Friend) and released in November 2014 and quickly gained support from the likes of Daniel P Carter on the BBC Radio1 Rock Show, Classic Rock Magazine where they were featured in their ‘Sound Of 2015' list of artists to watch out for in the year ahead and Kerrang! Magazine whose KKKK review celebrated their; "gleaming, stripped back rock unsullied by bulls**t, and fast-tracks straight to the important stuff - ripping it up".

Ian Camfield at XFM also invited the band in for a storming live session and Planet Rock Radio playlisted them on their New Music show. Scuzz TV also playlisted the video for Sleep Talker. 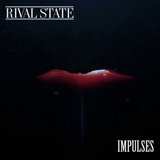