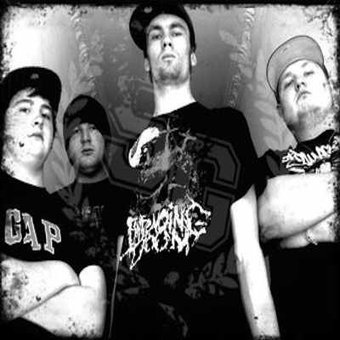 Habakkuk 1:5 "Look at the nations and watch, and be utterly amazed. For I am going to do something in your days that you would not believe, even if you were told.

This is the scripture that has been spoken over Saving Grace since their inception in 2005 in a small coastal beach town in one of the world's smallest countries... New Zealand.

From starting out playing shows in a garage in front of 20 friends to signing multi-national record deals, 5 star reviews, headlining tours and festival appearances across Australasia to touring the world proclaiming the message of Christ to thousands of people... The Lord's favor upon Saving Grace and the doors that he has opened have by far exceeded the band members' initial visions, hopes and childhood dreams.

The 4 piece Gisborne City hardcore metal hybrid have been making waves worldwide for a half decade during which the band's list of accomplishments include the release of a self titled Demo EP in 2005, a split with friends Upheld in 2006 and their highly anticipated studio album ‘Behind Enemy Lines' in 2008 which received rave reviews across their homeland and beyond in USA and Europe and took the band on a 35 date whirlwind tour across New Zealand, Australia, Mexico and USA.

Since their humble beginnings Saving Grace have gone on to share stages and tour with some of the worlds finest hardcore and metal acts including Parkway Drive, Bleeding Through, Comeback Kid, Darkest Hour, Misery Signals, Bring Me The Horizon and many more.

Their hard work, dedication to touring and ever-growing fan base has gained the band the reputation of the most successful spirit-filled hardcore act downunder.

Playing a brutal style of music influenced by mid 90s hardcore bands such as Arkangel, Reprisal and Earth Crisis as well as legendary extreme metal classics Slayer, Sepultura, Morbid Angel and Cannibal Corpse, Saving Grace create a blend of brutal metallic hardcore unlike many of their modern day contemporaries.

The band's songs deal with many personal and social topics including addiction, betrayal, violence and abuse, with the main lyrical focus being one of friendship, hope, faith, salvation and redemption through the Cross on which Christ was crucified before he rose from the dead.

Saving Grace released their sophomore album entitled ‘Unbreakable' on Strike First Records in January 2010 followed by touring and festival appearances throughout the year all over Australasia. 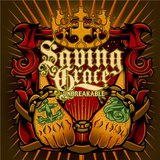