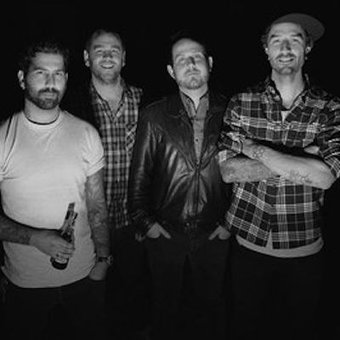 Sommerset formed in 1995 when drummer Jay Dougrey and vocalist/guitarist Ryan Thomas got together with bassist Stefan Thompson.

In the nine years of Sommerset, line up changes continually bought a more focused energy to the band.  From Invercargill to Prague, Sommerset's dedication to touring their heartfelt blend of hardcore, punk and rock has been virtually unsurpassed. Their live shows were the veritable geometry of exhilaration - equal parts grace and chaos, contempt and charisma.

The first press of the “More Songs” sold out completely both in their homeland and Australia. The album was released in New Zealand (Kafuey), Australia (Trial and Error) and Germany (Get Up And Go). In 1996 Sommerset released a split single with Mid Youth Crisis, this brought the band their first trip across the Tasman. A second split single with 28 Days was released in 1999. Over the summer of 2001, Sommerset recorded their second full-length album, entitled “Fast Cars, Slow Guitars”. The album was released in New Zealand, Australia, Singapore, USA, Canada, Europe and the UK.

Sommerset have also shared the stage with many international bands, a brief list includes: Sick Of It All, Frenzal Rhomb, The Living End, Less Than Jake, Guttermouth, No Fun At All, No Means No, NOFX, Millencolin, Strung Out, Grade, Sum 41, Unwritten Law and Goldfinger. Sommerset embarked on a 45-date tour of Europe, USA and Canada in 2002.  The next year Sommerset returned to Europe for an excess of 50 shows, spanning from the U.K. to the Czech Republic. Highlights include an infamous double bill in Italy featuring Sommerset and unbelievably, The Wu Tang Clan!

After taking a long overdue break from touring, Sommerset returned to New Zealand to concentrate on writing songs for their fourth and last album "Say What You Want" late in 2003. 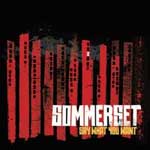 Say What You Want

Sommerset's much-anticipated follow up to the outstanding Fast Cars, Slow Guitars is an absolute ripper with more classic punk anthems than an Olympic medal ceremony.