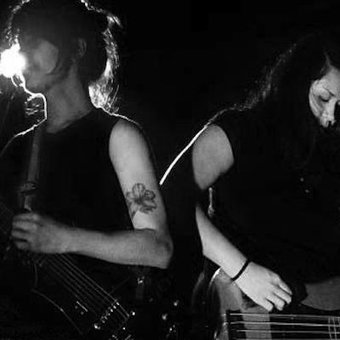 Coolies first got together in high school with a common love for the likes of Patti Smith, Bikini Kill and X-Ray Spex...

... before moving to Auckland and establishing themselves with prominent support slots with the Beastie Boys, Cat Power and Rancid as well as supporting kill rock stars band Bangs on there NZ tour, all this was done before the girls had finished high school.

The all-female three-piece play a melange of dance, punk and pop twisted through the unorthodox line-up of guitar, keyboard and drums, have been described as "the under- explored mid-point between the Dead Boys and the Shangri-la's". A demo song recorded - in true DIY styles - on a dictaphone, went straight to number one on the bFM charts and The Coolies followed this up with a support slot for US act The Dictators before releasing their album.

Since self-releasing their debut album which was recorded by Tex Houston, they received an exceptional reception on the Australian Tour after which they made apperances @ Black Rebel Motor Cylcle Club, Peaches, and Big Day Out 04 before being invited to Austin, Texas's South by South West Music Convention where they landed shows w/ John Wilkes Booze, J Mascis and Coachwhips. From SXSW they went on to tour L.A + San Fransisco where they are planing to go back to record the next album.

Coolies are back and badder than ever!