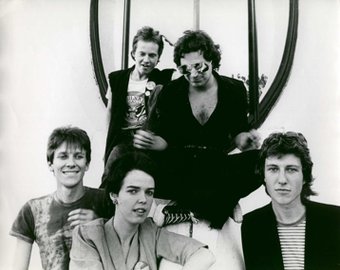 Toy Love lasted just twenty months. They failed in the most public terms to make an impression in Australia and they left behind one album which they disowned. Not usually the stuff of legends; but live - and particularly in New Zealand - they were peerless at a time when local music was still struggling to imprint itself on the national consciousness.

They invoked the ghost of punk, the spirit of Iggy and the melody and creativity of 60s and 70s pop - and married it to a world of b-grade horror movies. Gigs were electrifying and unmissable; and no-one knew what Chris Knox was going to do next.

It all began with the Enemy - punk pride of Dunedin in 1977. What they lacked in fashion sense (happily left to their northern counterparts), they more than made up for in attitude, energy and glorious, hook infused songs. Just as importantly, The Enemy provided an outlet for Chris Knox who had drifted briefly through university and a succession of dead end jobs sustained by music, film and comics. He found himself as songwriter, singer and front man - and never looked back.

The Enemy lasted just over a year - from their "Death to Disco" debut at Dunedin's Beneficiaries Hall in October 1977 until November 1978 when bass player Mick Dawson decided their shift to Auckland wasn't working. Their impact on their audiences was profound - but they left behind no studio recordings and bootlegs failed to do them justice. Chris Knox, guitarist Alec Bathgate and drummer Mike Dooley weren't about to follow Dawson back to Dunedin. Former Split Enzer Phil Judd was flirting with the Auckland punk scene and had worked some magic with the Suburban Reptiles on their ‘Saturday Night Stay at Home' single. He wanted in - but nothing gelled over a month of unsuccessful rehearsals. Instead, Judd formed The Swingers; and Dawson was replaced by bass player Paul Kean and keyboards player Jane Walker from Christchurch band the Basketcases (aka Detroit Haemorrhoids).

The new line-up couldn't really be called The Enemy. They needed a new name but bands with threatening names were in oversupply - so they went gleefully to the opposite end of the spectrum with Toy Love. Some Enemy songs were retained, new ones started to emerge - and they branched out into covers reflecting their love of classic 60s and 70s pop (including ‘Arnold Layne', ‘Yummy, Yummy, Yummy', ‘Positively Fourth Street, ‘Jeepster', ‘Venus' and ‘Sunny Afternoon'). Within a month, ‘Squeeze' and ‘Toy Love Song' were recorded for the seminal AK79 album (along with "Frogs" which showed up on a compilation from the American Bomp label).

Based in a notorious flat in Williamson Avenue in Ponsonby, Toy Love created a legion of fans throughout 1979 - with regular Saturday afternoon gigs at The Windsor Castle in Parnell and occasional forays down the country. Knox was mesmerising out front and the band rapidly evolved into a compelling live act.
A one-off deal with WEA resulted in their debut single "Rebel"/"Squeeze" (recorded in July with Glyn Tucker at Mandrill Studios). It was a minor hit and favourably reviewed (including one from the NME that still managed a whiff of colonialist condescension).

Australian Michael Browning (who had managed AC/DC to their initial success) was looking for acts for his new boutique label Deluxe (to join INXS and the Numbers). Browning wanted Toy Love - but wanted them based in Australia. The band was reluctant but desperate to record an album; and Browning clinched the deal by stipulating that he would get them to England within six months.

In January 1980 they battled sound problems in the harsh glare of an afternoon slot at the Sweetwaters music festival (Knox and a watermelon featured prominently) and recorded their second single, ‘Don't Ask Me' (named after Knox's partner Barbara Ward's response when invited to give the song a title).

Band, partners and support crew moved to Sydney In March - but the Australia they found wasn't the one that had somehow nurtured Radio Birdman and the Saints. Instead, they collided headlong with a gruelling schedule of early week gigs in empty pubs and inappropriate support slots in barn like venues - and an income barely covering rent and living expenses.

To make matters worse, the band had left their status as critics' favourite across the ditch. The Oz music press just didn't get Toy Love. Stuart Coupe called them "energetic and tedious" while for Clinton Walker they were "yet another bland pop band with little to say and less style".

Assailed on all sides, the lack of tact and diplomacy that had been a star quality back home now began to work against them. Bathgate's poster of an Ocker and a sheep in a compromising situation made them few new friends; and audience taunting and some Knox buttock baring were other signs there would be no suffering in silence.

A chance for redemption did remain - their album to be recorded with Dragon's Todd Hunter at EMI's Sydney studios. The technology was state of the art and Hunter a sympathetic producer - but the venture seemed doomed from the start. Bathgate was forbidden to use his guitar amp, band and producer lacked the experience to get the best out of the studio - and they were uncharacteristically over-awed by the situation. The result was a weedy, largely bottom-end free mix which failed to do justice to their much vaunted live sound. The experience turned Knox into an avowed apostle of lo-fi, DIY recording - and had a long lasting effect on New Zealand music. With his four-track, he would largely shape the sound of Flying Nun's formative years in the early 80s in lounges, hallways and bedrooms.

Love it or loathe it (largely the latter), the album still needed to be promoted. A holiday was really what was needed but they returned home to a tour that took them from Auckland to Dunedin and back with 33 dates in 38 days. The end came relatively quickly. Dooley wanted to play guitar and Walker was happy to drum - but Knox and Bathgate weren't convinced. Just possibly there was also some small reluctance to return to Australia. With a week remaining of their New Zealand tour, the months of constant gigging and living in each other's pockets finally took their toll. It was over.

They played out the tour but with no announcement and no grand finale. Joe Wylie was still working on his masterful animated video for "Bride of Frankenstein" and there were worries he wouldn't be paid if news of the demise was made public.

Toy Love lasted just twenty months but the impact they made on all who saw them in New Zealand (and a few Australians) was immense. Dooley returned to Australia, Kean went back to Christchurch where he was a founder member of the Bats, Walker ended up in London working as a designer and Knox and Bathgate became the Tall Dwarfs.

And there the saga could have ended. The Enemy's legacy had never been adequately recorded and now Toy Love seemed to be going the same way. Decades passed and the album began to attract collectors' prices but there was no rerelease (despite a long standing Flying Nun catalogue number). The situation was finally rectified in 2005 with the appearance of ‘Cuts' (which collected all of the band's releases along with an extra disc of demos). The sound was rejuvenated and the members of Toy Love were at last at peace with that album. 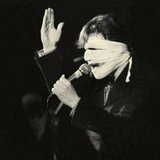 Live At The Glue Pot

This double-album captures the legendary band in September 1980 at The Gluepot in Ponsonby, Auckland-one of their final live performances. The recording was transferred and prepared for vinyl mastering by Steve McGough at Stebbings from a desk tape recorded by the band's soundman Doug Hood.