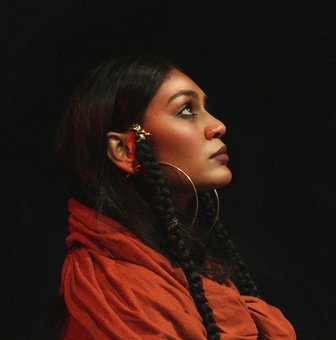 She made her musical debut in 2004 featuring on the single "Getting Stronger" with the group Adeaze which peaked at number one on the official RIANZ singles charts.

Aaradhna is a New Zealander of Samoan and Indian descent. Her father Jayanti Patel is Indian from Navsari, Southern Gujarat નવસારી village and her mother Sia'a Patel is Samoan from Papa Sataua village (Mother Lagi Taofinu'u), Auala village (Father Mulimai Moe) & Falealupo Uta village (Step Father Pio Taofinu'u). Aaradhna is the eldest of five. She first showed singing aspirations at the young age of 12, singing along with her mother to traditional Samoan and country songs. She would try to imitate the songs she heard in Bollywood movies that her and her father watched and also went to festivals that her father performed at. Aaradhna began writing her own music at the tender age of 11; she entered her first talent quest at the age of 13 making it in to the finals. She joined the school choir at Porirua College had got kicked out for rebelling, but went on to form a five piece girl group called "Lovera"

Her debut album I Love You, entered the top 20 RIANZ and has various songs featured on feature films including the top 5 single "They Don't Know" featuring New Zealand hip-hop star Savage on Sione's Wedding and had also had another feature on the movie ITS A FREE WORLD with her original song "Faith". Aaradhna released a song alongside Australian producer,DJ & artist Paul Mac[2] in late 2006 titled Love Declaration, which is a club inspired song. The song features on Mac's album Panic Room. In Australia the single reached #31 on the local charts. 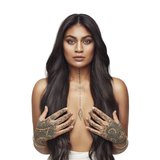