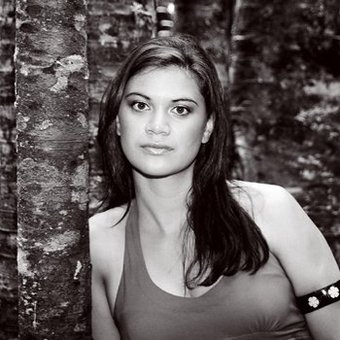 “Auva'a has one of those voices that makes you wish you could sing, the beauty matches even the most pristine seas views...” “…another fine contribution to the current development of the Nesian style of Polynesian performers”

Sara-Jane is an established Pacific award winning entertainer based in New Zealand with Samoan and Kiwi
heritage.

Having released three albums and featured on numerous compilations, Sara-Jane is well versed in international
travel both sharing and educating about the new Pacific Pop phenomenon. She is also a proficient Jazz vocalist
with performances at the Sydney International Jazz festival, and the acclaimed Monterey Jazz Festival (USA) under
her belt.

As an entertainer, she defines quality and professionalism with performances in front of many dignitaries, sports
personalities and government officials. Special highlights include performing for international Hollywood celebrity
THE ROCK (Dwayne Johnson) (07/04) and at the World Expo's Samoa day in Shanghai, China (08/10) .

In 2011 Sara-Jane released her first academic writing on the New Zealand Pacific Music awards (in the tertiary
textbook ‘Home, Land and Sea Situating Music in Aotearoa') which stemmed from her honours degree in
Ethnomusicology researching the impacts of urban life for Pacific music and musicians in New Zealand. She also
celebrated her admission to the bar as a registered solicitor of the high court of New Zealand. In 2012 Sara-Jane
was bestowed with the leadership award ‘Marking Their Mark' from St Cuthbert's College (Auckland) for recognition
of her musical and academic contributions to Pacific Music.

Her entertainment company "Sara-Jane Ltd", now in the seventh year of operation focuses on professional Pacific,
Gospel & Jazz entertainment, as well as providing consultancy in the areas of music education and creative
enterprise. She has experience in TV and media through Television New Zealand as Production Manager for
current affairs shows Sunday, 20/20 and Fair Go(2006), and youth shows presenting "Polyfest" and "Pasifika
Beats". Sara-Jane Ltd also provides contracted services for project management from international organisations to
local community groups.

A multi talented entertainer, music director and educator, Sara-Jane is the quintessential Pacific diva of our time. 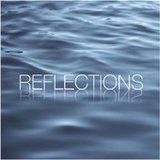 Reflections is an album of inspiration and hope. Many times in our lives we feel pressured with daily routines, become tired and experience hard times.This album will refresh and renew ...