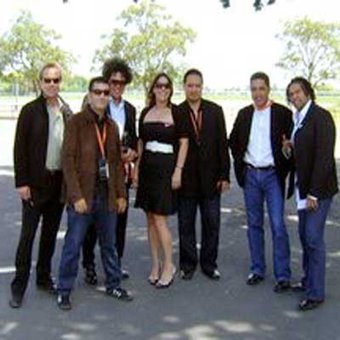 If you had asked anyone about the reggae band, Box Juice a couple of years ago, almost everybody would say no...

Well, things are a slightly different now after the band released its debut album,‘One Heart Many Lives' in July at the Atamira-Maori in the City event at Auckland's Greenland Expo centre where they performed alongside House of Shem and Nesian Mystik.

The band is made of members, Tere Ngaeruaiti who was the musical director of the "One Heart Many Lives' album and he has been in the music industry for close to thirty years not only as a guitarist of some repute, but a producer and engineer.

The ten songs on the ‘One Heart Many Lives' album address subjects important to Bishop's motivational company the Dream Academy that umbrella's the band. His Academy was formed in 1993 and was designed to utilise the art forms of song, dance and drama to encourage to people pursue their personal dreams and aspirations regardless of age.

The Dream Academy speaks of utilising our minds, bodies, lives and spiritual guidance in balance with family, health, education and role models to measure and appreciate life whilst pursuing our true passions.

An innovative approach has been taken by Bishop to offer specific songs from the "One Heart Many Lives' album with licensing agreements to government departments charged with reducing smoking, family violence, unemployment and alcohol and drugs within our New Zealand communities.

There are other songs on the album that support and encourage the pursuit of education, the importance of the family unit and also songs to encourage the future generations of New Zealand to chase their personal dreams and aspirations to help make not only New Zealand but the world a better place.

The song ‘Shine The Family Light' was written to promote the importance of the ‘family unit' and it reiterates the fact that ‘love' is required to mend the incidence of family violence and to stop children from dying.

The song ‘Pick Up The Knowledge' was written to support the importance of education and it encourages people of all ages to attain the knowledge they require to achieve their personal dreams and aspirations.

The song ‘We Don't Need It' was not only written to encourage people not to smoke, but to say the giant cigarette companies simply just want your money and they don't give a stuff about the ultimate cost which is human life and ‘death by smoke. The lyrics reiterated by Bishop say, "they don't care about you and I, they're don't care if our loved one's die.

The song ‘Taihoa Mo Te Whanau' was written to support the work of ALAC and its campaigns that encourage whanau to think about alcohol and its effects when it's around them. ‘Become Someone" was written as the anthem song for the Dream Academy and its soul purpose is to encourage personal dreams. 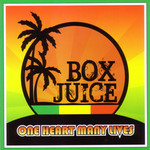 One Heart, Many Lives

The songs on One Heart Many Lives address subjects important to frontman Ray Bishop's motivational company Dream Academy, that umbrellas the band. The Dream Academy speaks of utilising our minds, ...