Knights Of The Dub Table 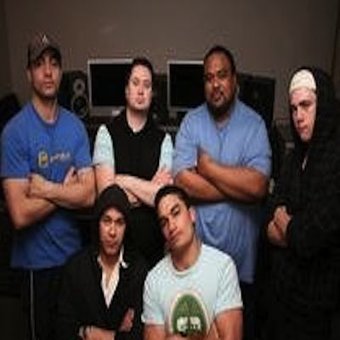 Knights of the DUB Table combine elements of Reggae, Drum‘n'Bass, Hip-Hop and Rock into their own fusion of Dub flavoured music with powerful high-energy performances that leave the crowds wanting more.

Since their inception during 2008, they have performed alongside some of New Zealand's best-known Reggae/Dub acts Katchafire, dDub, Rhombus, Cornerstone Roots, Opensouls, Optimus Gryme and popular Australian Dub outfit, The Versionaries.

Hailing from Hamilton City the original four members Mr Samy'samson (vocals, guitar), Sir Cypher (bass), Sax'imus (MC, sax) and Synth'silion (keys, beats) first met in 2007 while studying music at the Waikato Institute of Technology. During 2008 they joined forces becoming Knights of the DUB Table, and began to craft their sound into something unique. In October 2008 they pulled in Tootz (trumpet) and Dr. Umm who was later replaced by Ridim'ix (drums).

In 2009, the Knights of the DUB Table went from strength to strength including supporting major acts at the hugely successful Tribal Pride Music Festival as well as Waikato University O-Week 09, playing Vilagrads Dance Parties, headlining their own gigs, and winning the 2009 York Street Band Experiments. They also released their 'Sing It To Me Remix EP' digitally through amplifier.co.nz. 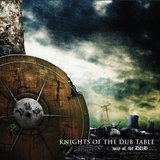 Way of the dub

The six piece dub band from Hamilton New Zealand have spent the past two years writing, recording and mixing this album. Now after a long run of perfecting the project, the Knights are stoked to announce the finished product is ready to be shared with the rest of Aotearoa.

Knights Of The Dub Table elsewhere