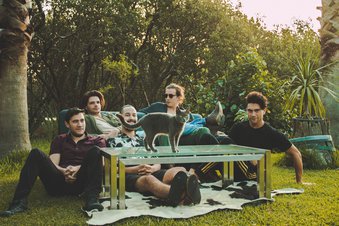 Following the independent release of their self-titled debut EP, 2018 kicked off with bookings at New Zealand's largest festivals and included their first headline show in Auckland. The September release of their LP ‘YOU’ was met with acclaim, receiving positive reviews from media including RNZ, RadioActive and NZ Musician.

“Layered, and more complex than one would expect from something that on the surface just seems like another pop song.“ - muzic.net.nz

“With You is a funky upbeat gem which includes a range of diverse musical elements that force any listener to groove with its funk full bassline and eclectic use of percussion. Comparatively, For You slows it right down , flooding its audience with emotion, the full ballad bolden's the heart felt vocal honesty of Jesse Samu’s lyrics. “If you are a fan of reggae, pop, R&B etc then I recommend checking them out.” - The Speakeasy

In late 2018, Otium embarked on their first National tour. Thanks to funding from Creative New Zealand, they were able to hit eight of the North Island’s best venues and bring their music to thousands of new listeners around the country.

2019 started with a recording session at Roundhead, a heaving performance at Soundsplash and the release of new funk banger ‘Dollar For The Man’. Otium celebrated this with three massive release shows in Wellington, Auckland and Whangarei. Following another busy summer performing around the country, Otium then released nostalgic track, Summer Sun early 2020. Throughout lockdown, though isolating separately with their families, the guys kept writing new music. They are currently recording their debut album. 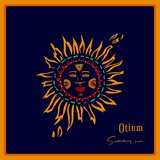 Summer Sun is a nostalgic ode to Summer, born in the dunes of Omamari in Northland.