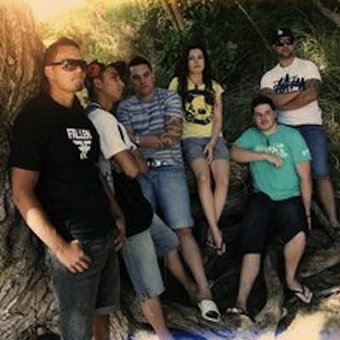 With their fusion of reggae, heavy rock, dub and funk, Sons of Zion are a six piece crew based in Auckland.

Their live stage presence has captivated audiences all over the country with their infectious sound - a mixture of reggae groove with melodic vocals, phat dub bass lines and heavily distorted guitar riffs. There’s something for every musical taste within their original set.

Since their 2007 New Zealand Music Month debut, Sons Of Zion have continued to build momentum in the NZ music industry and have stamped their unique sound locally at festivals such as Parachute, Native Noise Waitangi Day, Maoriside Tour and the 2008 V8 Super Cars just to name a few.

Although the group are fairly new on the roots scene, they’ve already been scouted out to share the stage with some of the country’s best loved roots acts including KORA, KATCHAFIRE, THE BLACKSEEDS, CORNERSTONE ROOTS, OPENSOULS and HOUSE OF SHEM.

Sons Of Zion have independently produced all of their own original music in the garage of one of the bands members, Sam Eriwata, and released their debut self titled EP in Feb 2008. The band were winners of the 2007 Soundsplash Band competition, and chose to launch the EP at the event.  Sons of Zion are set to release their debut in October 2009 which features singles ‘With You’ and ‘Waiting Right Here’.

Auckland six piece Sons of Zion have captivated audiences all over the country with their infectious sound - a mixture of reggae groove with melodic vocals, phat dub bass lines ...