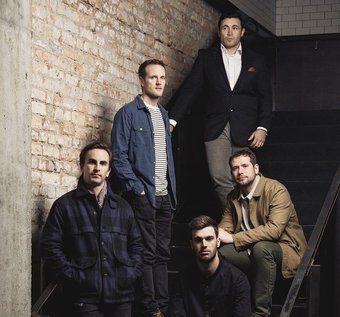 Since their beginnings in January 2005, Tahuna Breaks have always been a band built upon a simple philosophy - the love of music.

Tahuna Breaks have always encompassed a rich diversity of musical genres and styles.

With seven members, the group's live act is energetic, raw and large. It combines aspects of the 60's, 70's and 80's and is influenced by artists as varied as James Brown to Daft Punk. The band are well known for being unafraid to mix genres and have honed their sound on the live stage that encompasses funk, disco, soul, live electronics and roots.

Since inception over 5 years ago, the band have gained momentum, focusing more and more on addictive rhythms that get audiences moving. They have an appetite for continuously progressing and pushing boundaries in their live performance, and audiences have already begun taking note of the band's shift towards a sound that is bigger, darker and heavier.

Regulars at major events, the band have performed at The Big Day Out, Homegrown, Highlife NYE and many other major festivals across both New Zealand and Australia, along with countless tours and sold out performances.

In 2007 they released their debut album Reflections which was followed closely by their highly anticipated second album Black Brown & White in 2009. Both records charted strongly, won awards and have firmly cemented Tahuna Breaks' place on the New Zealand and Australasian music scenes.

Tahuna Breaks have entered the new decade with a fresh focus and a new challenge. 2013 sees the Auckland-based group release their forthcoming third major release ‘Shadow Light' under the guidance of UK producers ‘Crazy P'. Featuring original and remixed tracks, this next release will reflect the band's progression and focus toward the more dance-orientated funk sound that they have been so well renown for. The first singles ‘Moves‘ and ‘Smooth' have both recieved considerable airplay and have been regulars on the weekly George FM Top 5 chart. March 22nd awaits as the official release date of their third album ‘Shadow Light'...

After 12 long years, Tahuna Breaks performed their last show in May 2017 before parting ways. 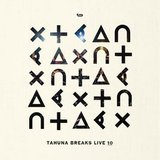